CAIRO –  Reactions to the appearance of veiled woman on TV varied between welcome and condemnation. 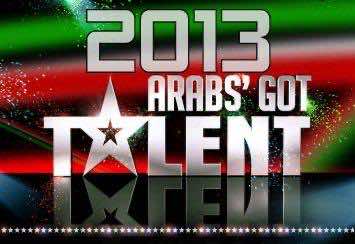 CAIRO –  Reactions to the appearance of veiled woman on TV varied between welcome and condemnation.

A veiled Egyptian woman has stirred up a hornet’s nest inside Egypt by appearing on TV and singing rap songs.

Reactions to the appearance of the woman on a Saudi Arabian channel as part of a reality talent show called “Arabs Got Talent” varied between welcome and condemnation.

Although Mayam Mahmoud made her appearance in the show about a week ago, reactions are still lively and strong.

“The headgear makes it necessary for women to abide by a specific code of conduct,” Nabil Hussein, a cyberspace activist, wrote on his Facebook page. “Singing, and rapping in particular, contradicts with the required conduct.”

Rapping is a form of speaking or chanting rhyming lyrics that occupies a gray area between speech, prose, poetry and singing. It is closely associated with hip hop music and this is perhaps why rapping by a veiled woman is provoking the ire of some people in the predominantly conservative Egyptian society.

Mahmoud, now 18, says she has started rapping since she was eight. She says she had joined a school especially to learn this art form.

“The main idea about rap is the message the song seeks to convey to listeners,” Mahmoud wrote on her Facebook page.

When she appeared on the program, Mahmoud focused in her song on social ailments, such as gender discrimination and sexual harassment. She expressed her rejection of the presence of these phenomena through her fast-paced song.

Mahmoud says on her page that she seeks to make success, blending rap singing as an art form with her Islamic appearance and conduct. And she managed to win support.

“I don’t see a problem with a veiled woman rapping,” wrote Hagar Hamdi, another Facebook user, commenting on the angry reaction that accompanied Mahmoud’s appearance on the show.