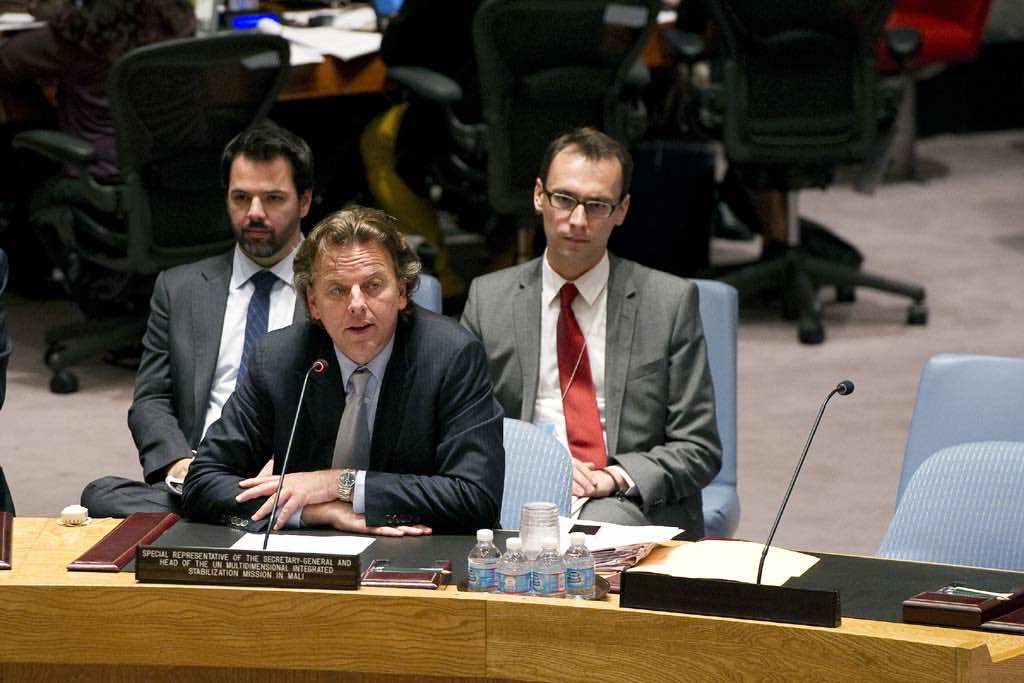 The “recent and worrying” security incidents in Mali are an important ‘wake-up call, said Special Representative and Head of the UN Multidimensional Integrated Stabilization Mission in Mali (MINUSMA), Bert Koenders on Wednesday.

Koenders told the UN Security Council that it was necessary to facilitate rapid deployment and access to remote areas to ensure the protection of civilians.

However, serious threats to peace and security remain, including  a suicide bomb attack, which hit the northern city of Timbuktu on 28 September and attacks in Gao on  October 7.

He noted that he remained concerned about the fragile security situation, notably in the north of the country.

“The new authorities are confronted with numerous challenges that need to be addressed urgently to enable Malian men, women and children to live in security and to benefit from peace dividends,” he said.

“I call on the members of this council, and troop and police of contributing countries, to do their utmost to enable the rapid deployment of additional enablers and battalions to Mali in order for MINUSMA to effectively and timely discharge its mandate,” Koenders added.

The UN stabilization mission in Mali began on July 1.