A Chinese ratings agency downgraded its US sovereign credit rating Thursday despite Washington's resolution of the debt ceiling deadlock, warning that fundamentals for a potential default remained "unchanged". 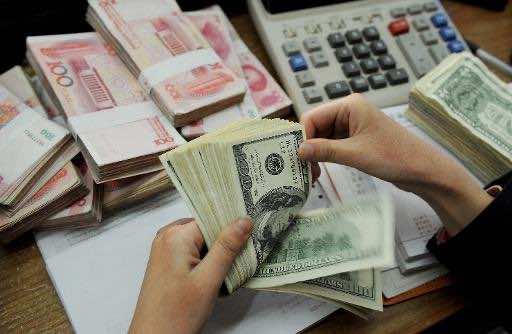 A Chinese ratings agency downgraded its US sovereign credit rating Thursday despite Washington’s resolution of the debt ceiling deadlock, warning that fundamentals for a potential default remained “unchanged”.

Dagong lowered its ratings for US local and foreign currency credit from A to A-, maintaining a negative outlook, the agency said in a statement.

The announcement came after the US Congress passed and President Barack Obama signed a bill that extends the nation’s borrowing authority and ends a two-week government shutdown.

“The fundamental situation that the debt growth rate significantly outpaces that of fiscal income and gross domestic product remains unchanged,” Dagong said in the statement, adding Washington’s solvency was vulnerable as old debts were still repaid through raising new debts.

“Hence the government is still approaching the verge of default crisis, a situation that cannot be substantially alleviated in the foreseeable future,” it said.

Dagong made headlines in August 2011 when it lowered its main rating for US sovereign debt after Congress passed an earlier bill to raise Washington’s debt ceiling.

The agency, which is far less prominent than long-established Western competitors including Moody’s, Fitch and Standard and Poor’s, has been working to further raise its profile.

China’s official news agency Xinhua said Thursday in a bylined commentary that US politicians had held the rest of the world hostage in the crisis.

But Beijing welcomed the agreement, saying it will contribute to global economic stability.