Washington - The founder of eBay, Pierre Omidyar, said Wednesday he will back a project with investigative reporter Glenn Greenwald which “elevates and supports” journalists and “allows them to pursue the truth.” 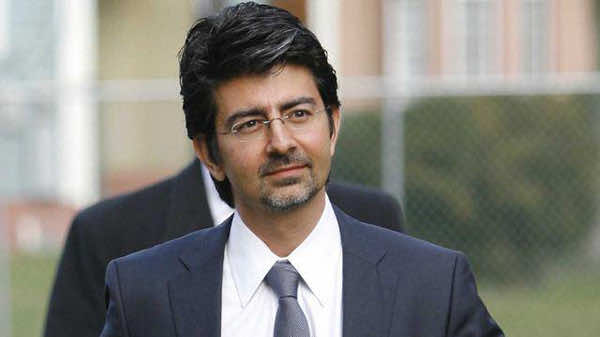 Washington – The founder of eBay, Pierre Omidyar, said Wednesday he will back a project with investigative reporter Glenn Greenwald which “elevates and supports” journalists and “allows them to pursue the truth.”

Omidyar said in a statement he is backing the media project, details of which are still being developed. It will be separate from his philanthropic efforts with Omidyar Network and Democracy Fund.

The announcement came a day after Greenwald, known for breaking many stories about U.S. surveillance programs, revealed he was leaving The Guardian for an unspecified “dream” job.

Omidyar, a French-born Iranian-American, cited his “growing interest to preserve and strengthen the role journalism plays in society,” and noted that he “explored purchasing The Washington Post over the summer” before Amazon founder Jeff Bezos sealed a deal for the daily.

“That process got me thinking about what kind of social impact could be created if a similar investment was made in something entirely new, built from the ground up,” he said in the statement.

“Something that I would be personally and directly involved in outside of my other efforts as a philanthropist.”

Omidyar said he was still in “the very early stages of creating a new mass media organization. I don’t yet know how or when it will be rolled out, or what it will look like.”

But he added that “it will cover general interest news, with a core mission around supporting and empowering independent journalists across many sectors and beats.”

“The team will build a media platform that elevates and supports these journalists and allows them to pursue the truth in their fields. This doesn’t just mean investigative reporting, but all news,” he said.

Omidyar said he contacted Greenwald “to find out what journalists like him need to do their jobs well” and discovered that he was set to start a project with colleagues Laura Poitras and Jeremy Scahill.

“We had a lot of overlap in terms of our ideas, and decided to join forces,” Omidyar said.

New York University journalism professor Jay Rosen said on his blog that Omidyar told him the project would be “a company not a charity” and that he was prepared to invest at least $250 million.

Rosen said Omidyar consulted him in September about launching a journalism project, and on Wednesday discussed details of the new effort.

“He said he will be putting a good deal of his time, as well as his capital, into it,” Rosen said. “I asked how large a commitment he was prepared to make in dollars. For starters: the $250 million it would have taken to buy The Washington Post.”

Rosen said that while many details are not clear, the project will be “all-digital” with no print edition, and that “all proceeds… will be reinvested in the journalism.”

Greenwald, an American who lives in Brazil, declined Tuesday to offer details of his plans, saying they were leaked prematurely.

But Greenwald told BuzzFeed it would be “a very well-funded… very substantial new media outlet.”

“My role, aside from reporting and writing for it, is to create the entire journalism unit from the ground up by recruiting the journalists and editors who share the same journalistic ethos and shaping the whole thing — but especially the political journalism part — in the image of the journalism I respect most,” he was quoted as saying.

“I can’t think of anyone who’s likely to be better for the emerging journalism ecosystem than Pierre,” Gillmor said in an email.

“He’s passionate about media and social justice, and that’s been a rare combination at the highest levels of traditional media companies. This is exciting to contemplate.”

Omidyar ranks 47th among the world’s richest individuals with a net worth of some $8.5 billion, according to a ranking by Forbes magazine.

The project is not Omidyar’s first in news, but appears to be his most ambitious. He was among the early investors in Backfence, a failed hyperlocal news website, and later created Civil Beat, a public affairs news website operating in Hawaii.

Omidyar began eBay in 1995, helping it becoming the largest online auction site, with expansion in other areas later.

The 46-year-old Omidyar remains a member of the eBay board of directors and heads the philanthropic investment group Omidyar Network.