TUNIS - Two policemen were killed in a clash with a "terrorist" group west of the Tunisian capital on Thursday, the interior ministry said. 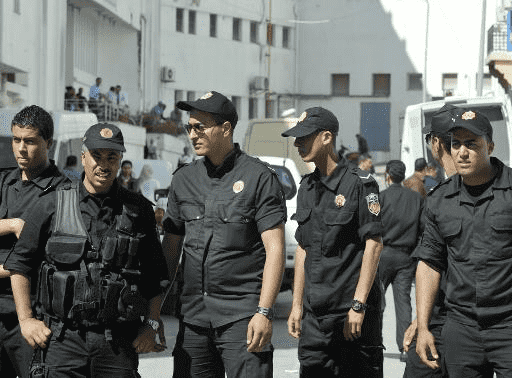 TUNIS – Two policemen were killed in a clash with a “terrorist” group west of the Tunisian capital on Thursday, the interior ministry said.

“Two National Guard agents were killed and a third was wounded in a confrontation with an armed terrorist group” in the Beja region, 70 kilometres (45 miles) from Tunis, it said in a statement.

The ministry gave no details on the incident “in the interests of the smooth running of the operation” by security forces.

Islamist militancy has been on the rise in Tunisia since the 2011 revolution — the first of the Arab Spring — but authorities had not previously reported that armed groups were active in the Beja region.

Security forces have since last December been tracking an armed group thought to be linked to Al-Qaeda in the Chaambi mountain region along the Algerian border.

Some 15 soldiers and police have been killed in jihadist shootings or bombings in the region since the end of 2012.

Authorities have not confirmed media reports of an attack Wednesday on a post in the northwestern region of Jenduba along the border with Algeria.