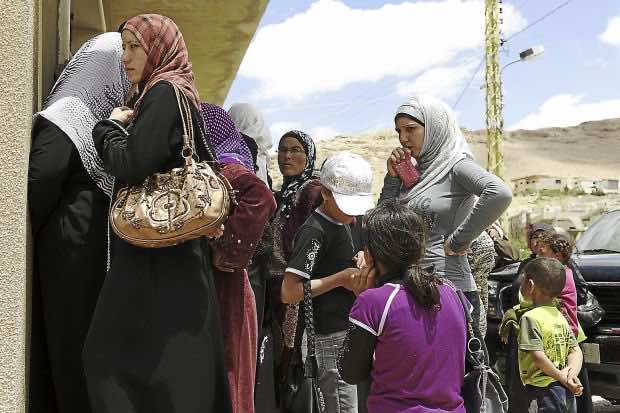 In a statement, Egypt’s foreign ministry said the content of Amnesty’s report was “inaccurate and does not reflect the reality of their situation in the country.”

“There are over 300,000 Syrians (in Egypt) and they are treated in a dignified way… and receive the same treatment as Egyptians with regards to health care and education,” the ministry said.

It reiterated that Egypt’s policy was to “support the Syrian people … and the Syrian revolution.”

“There is no policy of deportation of our Syrian brothers and the vast majority of them live in peace,” the ministry said.

Egypt has recently required Syrians and other nationals to acquire visas from Egyptian consulates abroad prior to arrival in the country.

“This is related to the security situation in Egypt and as soon as calm returns, this measure will be reviewed,” the ministry said.

Earlier on Thursday, Amnesty had accused Egypt of unlawfully detaining and deporting hundreds of Syrian refugees, many of them women and children.

“Instead of offering vital help and support to refugees from Syria, the Egyptian authorities are arresting and deporting them, flouting human rights standards,” Sherif Elsayed Ali, Amnesty’s head of refugee and migrants’ rights said in a statement.

“Most refugees lost their homes and livelihoods when they fled Syria.

Failing to help and protect them is a stain on the reputation of Egypt and could seriously damage its image as a key stakeholder in the region.”

Ali said Egypt was failing “abysmally to meet its international obligations to protect even the most vulnerable refugees.”

Amnesty said hundreds of refugees who fled Syria, including scores of children, face ongoing detention in poor conditions or deportation.

It said the Egyptian navy has intercepted around 13 boats carrying refugees from Syria in their attempt to reach Europe.

Quoting the UN refugee agency, UNHCR, it said 946 people have been arrested by Egypt while attempting the crossing, and that 724 remain in detention.

Egyptian authorities say the country has taken in around 300,000 Syrian refugees, with some trying to leave for Europe aboard overcrowded ships.

The media has often accused refugees of backing the Muslim Brotherhood and of being involved in political violence that erupted in Egypt after the July 3 ouster of Islamist president Mohamed Morsi.