Most Israelis support Prime Minister Benjamin Netanyahu's stance on the Iran nuclear issue after the Islamic republic met world powers in Geneva this week, an opinion poll showed on Friday. 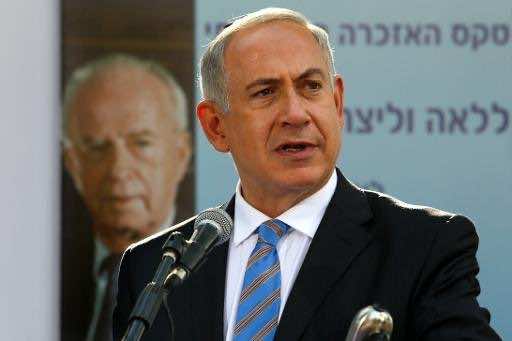 Most Israelis support Prime Minister Benjamin Netanyahu’s stance on the Iran nuclear issue after the Islamic republic met world powers in Geneva this week, an opinion poll showed on Friday.

Some 58 percent of respondents to the question “how would you rate Netanyahu’s recent performance in the global arena vis-a-vis Iran?” said it was good (41 percent) or very good (17 percent), said the poll published in Haaretz newspaper.

Netanyahu and his government expressed bitter scepticism over nuclear talks in Geneva between Iran and the P5+1 countries — the United States, Britain, France, China and Russia plus Germany — warning his Western allies they risked being duped into easing sanctions prematurely.

The P5+1 and Israel, Iran’s archfoe, fear that Tehran’s atomic programme is a disguised effort to develop nuclear weapons capability, a claim it denies vehemently.

Netanyahu’s tough stance on foreign affairs — including Iran and negotiations with the Palestinians — and his sidelining of domestic issues since his re-election in January have been working to his advantage, the poll said.

It said 63 percent of respondents thought Netanyahu was the best person for prime minister, compared with 56 percent who said the same thing in a July survey.

The poll was carried out on October 15 by the Dialog Institute under the supervision of Professor Camil Fuchs of Tel Aviv University, and questioned 501 people with an error margin of 4.4 percent.