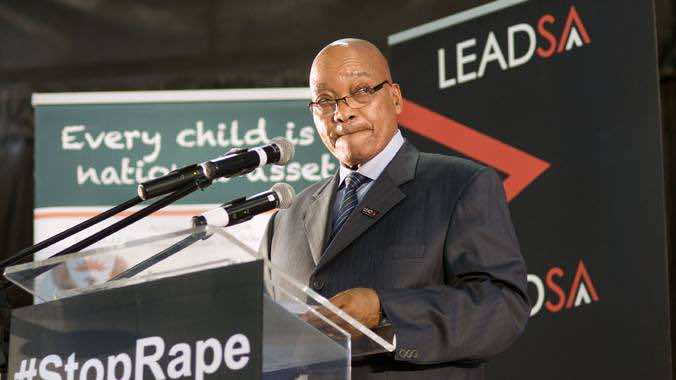 Children are falling prey to rampant rape in South Africa over a long perception that having sexual intercourse with a virgin child cures from AIDS.

“We are very concerned about the current situation in the country where kids are being targeted for the wrong reasons,” Joan Van Niekerk, national director for Child Line South Africa, a non-profit organization that works to protect children from violence, told Anadolu Agency.

She said that many children, some as young as six months, had been raped over the belief that this would cure from HIV/AIDS.

“We are currently sensitizing traditional healers because some of them have been advising their clients to have sexual intercourse with child virgins claiming this would cure them from HIV/AIDS,” she added.

On Tuesday, two girls, aged two and three, were found dead in a cubicle of a community toilet in a township north of Johannesburg.

Police are investigating whether the two children had been raped before being murdered.

The horrifying murders had sparked protests in the township with residents accusing the police of failing to protect them.

“These gruesome incidents of extreme torture and murder of our children do not belong to the society that we are continuously striving to build together,” South African President Jacob Zuma said.

He, however, appealed to South Africans not to take the matters into their hands, and called for cooperation with police to bring perpetrators to justice.

South Africa has one of the highest incidences of rape in the world with 144 reports of rape every day.

Interpol has named South Africa as the “rape capital of the world”, where less than 1 percent of rape cases were reported to police.

According to Interpol, a woman born in South Africa is more likely to be raped than educated.

South Africa has also one of the highest cases of HIV/AIDS infection in Africa.

Activists complain that South African children are also targeted when relationships get sour between partners.

“We are currently conducting a campaign advising people to resolve their relationships without hurting any children,” Van Niekerk told AA.

On Wednesday, two children, aged one and three, were found dead next to their critically injured mother in a field in Katlehong township, east of Johannesburg.

Police believe that the killing is linked to a family dispute.

“It appears as if they were dropped by the husband in an open place and then the husband drove away. They are all Mozambican nationals,” police colonel Katlego Mogale said.

Lwazi Fihlela, director of Child Care South Africa, opines that the HIV/AIDS cure myth has increased the number of child abuse cases in the country.

“Some communities in our country believe in the myth that raping a virgin child cures AIDS, but that’s not the only cause of the high rates of child abuse in South Africa,” Fihlela told AA.

He said that most parents don’t value their children, giving an example where male parents have been convicted for raping their own daughters.

Fihlela said his organization is currently running a campaign aimed at making people to take action if a child complains of abuses.

“We are raising awareness by educating children on different forms of abuse and encouraging them to report such cases,” he said.

He said that the campaign has already begun to bear fruits.

“Many children have come forward and reported their perpetrators to the authorities.”