Agadir- Former California Governor Arnold Schwarzenegger (R) has been reported to be aiming to run for president in 2016, according to the New York Post. However, the movie star and 7 times Mr. 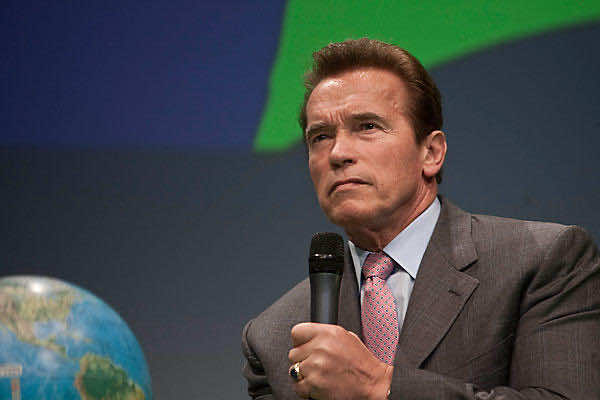 Agadir- Former California Governor Arnold Schwarzenegger (R) has been reported to be aiming to run for president in 2016, according to the New York Post. However, the movie star and 7 times Mr.

Olympia must have the support of two-thirds majority in the House and Senate to amend Clause 5 of Article two of the United States Constitution, which bares foreign-born citizens from becoming president. Schwarzenegger was born in Austria and became US citizen in 1983.

The fifth Clause of the Article two of the U.S. Constitution clearly states: “ No Person except a natural born Citizen, or a Citizen of the United States, at the time of the Adoption of this Constitution, shall be eligible to the Office of President; neither shall any person be eligible to that Office who shall not have attained to the Age of thirty five Years, and been fourteen Years a Resident within the United States ».

The New York Post said that “Terminator” has been lobbying to change that law to allow him to run for the highest office in America. Schwarzenegger has been talking openly about working on getting the constitutional rules changed so he can run for president in 2016.

“He is ready to file legal paperwork to challenge the rules”, the paper added.

Individuals running for the president office have always been under harsh scrutiny about their origins.

Last year, real-estate tycoon and reality TV star Donald Trump stirred controversy when he led a campaign comprised of so-called “Birthers” to demand president Obama to release his birth certificate to prove that he was born in America.

The billionaire said that he will even give $5 million to any charity president Obama chooses if the latter provides him with papers showing his birth place.

In response, the White House released copies of Obama’s birth certificate affirming that he was born on August 4, 1961 on American soil, exactly in Honolulu, Hawaii.