WASHINGTON – If approved by the Senate, Johnson will take over the Homeland Security helm from former incumbent Janet Napolitano. 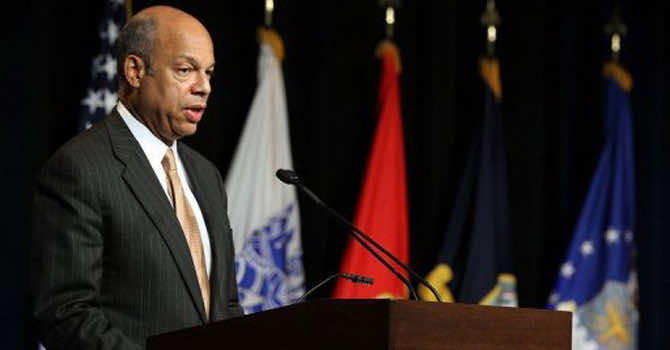 WASHINGTON – If approved by the Senate, Johnson will take over the Homeland Security helm from former incumbent Janet Napolitano.

“In Jeh Johnson, we have the right person to continue this important work.  From the moment I took office, Jeh was an absolutely critical member of my national security team, and he demonstrated again and again the qualities that will make him a strong Secretary of Homeland Security,” said Obama.

Johnson served as the Pentagon’s top lawyer from 2009-2012. During this time he was crucial in many of the most important legal decisions for the administration, including the controversial practice of targeted killings.

“When I directed my national security team to be more open and transparent about how our policies work and how we make decisions, especially when it comes to preventing terrorist attacks, Jeh was one of the leaders who spoke eloquently about how we meet today’s threats in a way that are consistent with our values, including the rule of law,” said Obama.

If approved by the Senate, Johnson will take over the Homeland Security helm from former incumbent Janet Napolitano. Napolitano left her post in September to lead the University of California.

Obama added, “Jeh has a deep understanding of the threats and challenges facing the United States.  As the Pentagon’s top lawyer, he helped design and implement many of the policies that have kept our country safe, including our success in dismantling the core of al Qaeda and the Fatah.”

Johnson described the nomination as an ‘honor’, saying, “Thank you for the tremendous honor of this nomination and the trust you have placed in me to carry out this large and important responsibility as Secretary of Homeland Security.”