Elmimouni Assim, Oujda, Morocco - Visual art has a very crucial role in expressing one‘s own feelings and emotions as well as the psychological state of the artist. In effect, visual art is full of representations of society, culture, and the background of the artist. 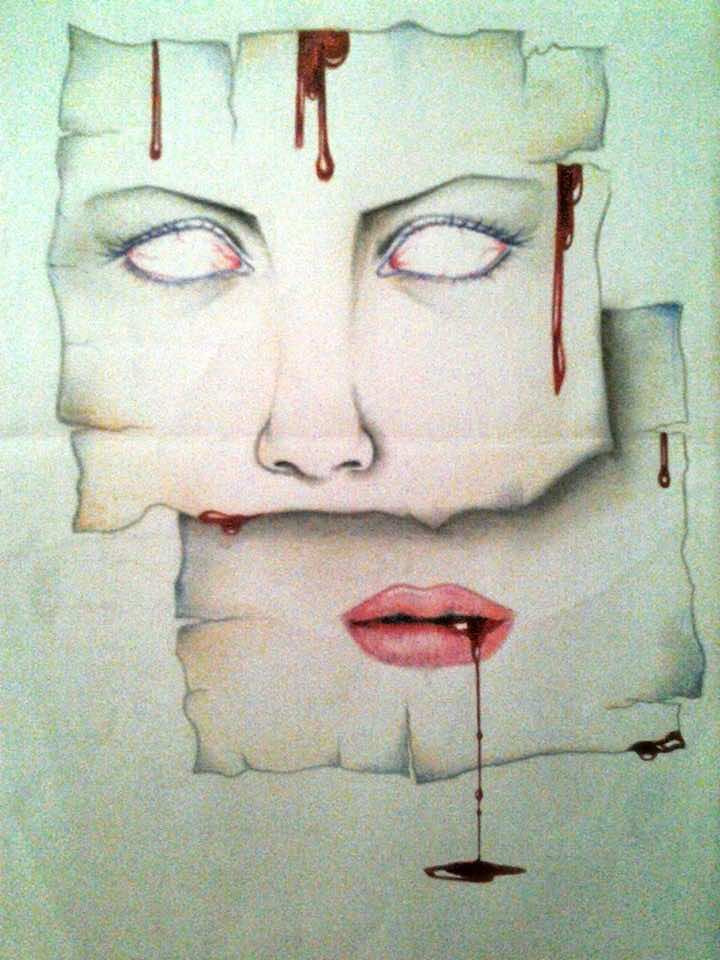 Elmimouni Assim, Oujda, Morocco – Visual art has a very crucial role in expressing one‘s own feelings and emotions as well as the psychological state of the artist. In effect, visual art is full of representations of society, culture, and the background of the artist.

The painting by Anna Lee was created in an artistic way at a time when feelings and perturbations within the inner side have reached their climax. The portrait under analysis uncovers a superego ‘thirst to express what words might not be able to express; and this is the role of visual art. It attracts you because you feel something captures you from your tie and makes you stand firmly with your eyes wide open scrutinizing the painting and examining every single detail. This is what exactly Anna’s portrait makes you feel.

The first glance at the painting makes one feel as if he/she is watching the painter drawing on a screen because it  hypnotizes the lovers of good art to the extent that they keep their vigilant eyes wide open as well as their hearts to see what lies behind the outward show. What one can see at the first glance is two separate old sheets drawn on a paper. The two sheets consist of a face of a dame divided into two parts, the first part contains a half face with blood shed from the front across the eyes. The second sheet comprises the under-nose part and the mouth with blood liquefied out of it. The dame drawn seems to belong to an aristocratic family or is herself a noble member of society. She seems to care a lot  for her beauty since the eyes were meticulously designed and the other parts of the face well cared of. However why can’t we see the pupil of the eye? And why is the blood shed out of the mouth and on the front?

The shed blood has different interpretations, it symbolizes a potential outcome of a psychological suffering that engendered an hysteric state of mind. Blood in the portrait has a relation with terror, love, as well as death. The dame with her noble way of thinking must have refused a potentially imposed affair; the fact that resulted in a total public or private denunciation. This denunciation has caused an unstable state of mind and psyche since what was harshly criticized and rejected does not correspond to what the dame believes and adopts.

Hence the blood in the painting might be the effect of an extreme outrage that steered the artist towards creating such an amazingly-drawn painting. Indeed, throwing up blood is a result of a sorrow that was kept deep inside; nonetheless, when sadness and grief reach their acme and the dame felt unable to support more, she thought of taking refuge to death which she considers the only way to relief. However, the dame chose to linger on under the assumption that the coming days may bring succor from an unexpected source. Taking into account the psychological response to art, the dame in relation to the artist represents the painter’s own emotions and subconscious.

Regarding the other part of the painting that consists of the front part of the face, the first remark one can make is the absence of the pupil, which symbolizes an absence of mental and cognitive activities and interactions. Here the subconscious intervenes to have a say in what concerns the dame’s psychological state. The artist seems unaware of what he/she is painting since it is the subconscious that is in charge when mental reasoning is kept out of the equation. In fact, mostly when that part of the psyche takes control, the human being can commit whatever he-she thinks might cause self-satisfaction. In the case of the dame here, she was ready to do whatever to express her refusal to what was done to her, and this includes even committing injustices.

The painter has indeed succeeded in endowing us with a clear vision of the meaning she intended. The observer was involved with all her emotions and mental focus in the painting, since it has a common point with everyone. Everyone may find themselves in the painting since it has international features that can be understood by everyone. So, we can say that Anna Lee has successfully portrayed the mental and psychological state of the dame that may have also shared some common points with her.