TUNIS - Tunisia's ruling Islamists and opposition parties are to start a national dialogue Wednesday to end the country's political stalemate, crisis mediators and members of the opposition have said. 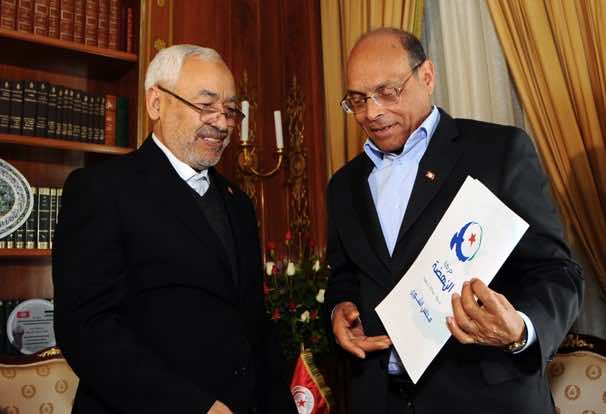 TUNIS – Tunisia’s ruling Islamists and opposition parties are to start a national dialogue Wednesday to end the country’s political stalemate, crisis mediators and members of the opposition have said.

This comes two weeks after the ruling Islamist party Ennahda agreed to stand down by late October in a roadmap to form a government of independents.

“The date of the real start of the national dialogue has been set for October 23 to implement the roadmap,” the UGTT trade union mediating crisis talks said late Friday.

The roadmap is also aimed at introducing a new constitution, electoral laws and setting a timetable for fresh parliamentary and presidential elections to end the political deadlock that followed the July 25 killing of opposition MP Mohamed Brahmi.

Aida Klibi, spokeswoman for opposition party Nidaa Tounes, said the “conditions of the roadmap are the minimum” starting point for the talks.

But she added that a demonstration planned by her party for Wednesday demanding an investigation into the killing of Brahmi and another opposition figure, Chokri Belaid, would “probably” go ahead.

Wednesday coincides with the second anniversary of the National Constituent Assembly, which was formed to adopt a new constitution within a year.

But due to a lack of consensus among the Islamists, their coalition allies and the opposition, the deadline has been repeatedly pushed back.

Ennahda signed the roadmap with its critics to break the impasse on October 5, but the beginning of talks has been delayed several times and no date has been set for the resignation of the current cabinet.

The party has said it is prepared to leave power after the introduction of a new constitution.

Nearly three years after the uprising that toppled strongman Zine El Abidine Ben Ali, the country has no timetable for elections, lacks stable government institutions and has been rocked by violence blamed on radical jihadist groups.