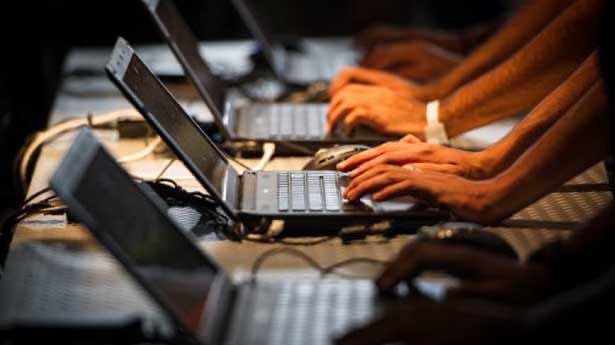 RABAT – In this age of globalisation, information explosion and the multiplicity of audio-visual media and channels, the issue of image has acquired more weight and urgency in view of the impediments that may hinder the flow of information and its communication capacity.

This has become even more relevant following the international changes to which Islam and Muslims were party, and in the aftermath the image of the Islamic civilisation became the subject of a tremendous amount of premeditated and unpremeditated distortion.

There was talk of the phenomenon of Islamophobia which has taken many forms of which the most blatant is discrimination against Muslim immigrants in employment, housing, education and other fields. Some Western parties have even gone further and began to flaunt their hostility towards Islam, desecrate and denigrate its sanctities and make racist statements that are punishable by law and condemned by international conventions. Some Muslim institutions, such as mosques, graves and cultural centres have been the victim of vandalism and desecration in the West.

Faced by the escalation of this phenomenon and its progression from a state of dormancy to one of active notoriety, it is necessary for Muslim intellectuals to take charge of the mission of countering this phenomenon and addressing it following a two-tiered and tightly devised plan.

The first part consists of the emergency measure of monitoring and compiling what is written and said about Islam, condemning it and engaging legal action against it in cooperation and coordination with regional and international partners.

The second part is presenting the truthful image of Islam on the ruins of the erroneous misconceptions and stereotypes circulating either in media or school curricula, history books or biased literary works.

One of the major objectives that Muslim thinkers must seek to fulfil is to modify this erroneous image. Their action, in this regard, consists of many joint programmes that they must begin to implement with international partners to cleanse school curricula from these stereotypes, and produce an Islamic Encyclopaedia that would present an alternative and full image on the Islamic world and its civilisation, penned by Muslim and fair-minded Western authors. Universities in the Muslim world must monitor seriously the Islamophobia phenomenon and draw up a database on all the manifestations of animosity towards Muslims and Islam, thus enabling researchers to study them, in addition to helping countries build up their cultural policies.

The attention paid by the international community to information and communication technologies increased since the start the new millennium, to the point they are now regarded as a basis for socioeconomic and cultural sustainable development. Since the last decade of the 20th century, economists and information experts have foreseen a new and gigantic wave of sustainable development for all, fuelled by information and communication technologies. These experts have also correctly predicted the capacity of these new technologies to create what is known as the society of knowledge.

ICT companies and institutions in the developed world, which exert a monopoly on the information and communication field, have become key players in the globalization of the economies and trade. These effects of globalization on developing countries need no moreto be proved.

This monopolization of information and communication technologies involves a cultural model and a uniform vision of a world in which 70% of people are marginalized. Hence, many information experts believe that we are still far from the global village predicted by McLuhan in the 1960s.

The existing gaps in information sources, contents and infrastructures challenge this universality concept that was given to the information society, since information and communication technologies remain under the monopoly of developed countries, consecrating further the North-South disequilibrium. Today, multinational corporations that are monopolizing the ICT field are operating as giant international news agencies, and they are putting increasing pressure on developing countries to liberalize their information sector. Fear is, however, that the desire of these countries to integrate the world communication network does dissimulate a secret desire to penetrate their markets and their resources, as well as denigrating their moral specificities and cultural diversity.

In their bid to attain the Millennium Development Goals, many developed countries have managed to meet the necessary conditions for restructuring the sector of information and communication technologies. This entailed the creation of departments dedicated exclusively to information and communication technologies, restructuring the sector through the reorganization of state-run communication services and liberalizing the sector through the privatization of telecommunications. This evolution was accompanied by regulatory and legislative measures, laws and legal systems applicable to the services sector of information, communication, and e-commerce. They also encouraged scientific research in ICT, allocating entire budgets that were fed to a large extent by the private sector.

Muslim countries have followed on the same path and most of them have created departments dedicated to managing the ICT sector and strategies and laws that provide for building infrastructure, benefiting from human resources and developing their ICT skills. In these early years of the third millennium, most countries of the Islamic world are witnessing a growing interest for the full liberalization of the ICT sector. However, most of these countries continue to struggle with difficulties as to developing a comprehensive concept of scientific research in ICT, to the financial resources allocated to R&D, as well as the problem of brain drain of people skilled in ICT, who choose more lucrative careers in the West.

Developing the sector of information and communication technologies requires that relevant parties in Muslim States take the measures necessary to consolidate scientific research in these fields and allocate the necessary funds to prevent brain drain to countries offering better careers and opportunities. It also entails formulating an all-inclusive conception of scientific research in ICT and defining its levels and the resources that can be allocated to it. These resources should be no lesser than 3% of the GNP as recommended by international institutions specialized in scientific research.

The information world is developing at a mind-boggling speed. The fast-paced correlation of communication, broadcasting, multimedia and ICTs gives rise to new products and services and to advanced styles in managing public life and economic sectors. In parallel, commercial, social and professional horizons expand with the opening of new markets to competition, investments and foreign capitals. The modern world is undergoing a radical transformation at a time when the information society is rapidly replacing the industrial one. This dynamic process heralds radical changes in all fields of life, including information, social behaviour patterns, economic and commercial practices, media, education, public health and leisure.

Information and communication technologies remain monopolized by the North countries as relevant indicators point out, predicting, at the same time more imbalanced relations between the North and the South. Multinationals which hold the reins of ICTs have begun pressurizing the South countries to liberalize their telecommunications sectors and integrate the world communication network, masking a secret plot to infiltrate their markets and even lay claim to their resources, thus threatening their moral values and putting at risk their cultural and linguistic specificities.

While most Islamic countries have taken an interest in this new challenge, more efforts are needed if one considers the advantages made possible by the information society, particularly in terms of the attention paid to promising ICT sectors identified by leading international experiences as essential for speeding up the process of comprehensive development. Although some countries have achieved a degree of success in using ICT in the educational, administrative and economic fields, attention to the cultural and intellectual dimension of these technologies is still at the budding stage.