Syria- Western and Arab powers will meet with Syria's opposition on Tuesday in a bid to push for long-delayed peace talks in Geneva with President Bashar al-Assad's regime. 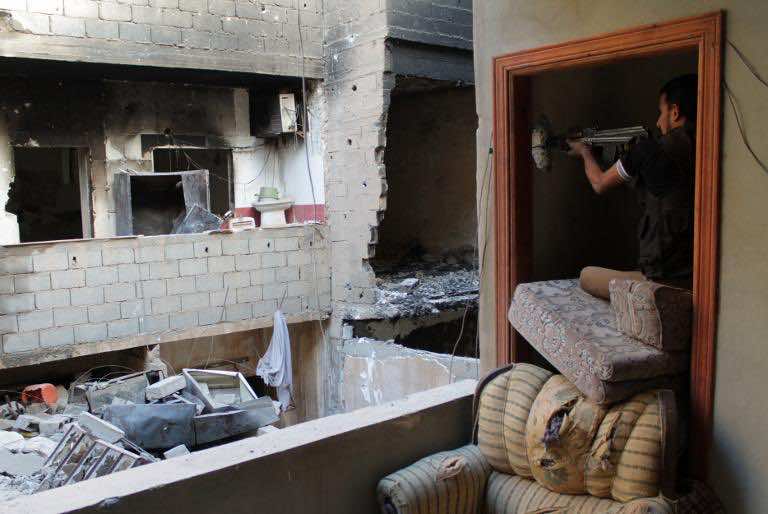 Syria- Western and Arab powers will meet with Syria’s opposition on Tuesday in a bid to push for long-delayed peace talks in Geneva with President Bashar al-Assad’s regime.

The conference in London will bring together representatives of the Syrian opposition and the foreign ministers of the so-called London 11, the core group of the Friends of Syria, including the United States, France and Saudi Arabia.

British Foreign Secretary William Hague said the nations would “discuss preparations for the Geneva Conference, support for the (opposition) Syrian National Coalition, and our efforts to achieve a political settlement to this tragic conflict.”

Lakhdar Brahimi, the joint envoy of the UN and the Arab League, was meanwhile Sunday pushing for the peace negotiations by preparing to meet the head of the pan-Arab bloc in Cairo before heading for talks in Damascus and a visit to its key regional ally Iran.

World powers are focusing on a political solution to the war in Syria after Washington dropped plans for US-led strikes in response to an alleged chemical attack by the Assad regime.

Russia and Western nations are pushing for new talks between the Syrian regime and rebels on a negotiated solution to the conflict, which has killed more than 115,000 people since March 2011.

But the opposition’s Western and Arab backers are facing resistance from some among the rebels to attending the so-called Geneva 2 talks — proposed for November — as long as Assad remains in power.

The opposition Coalition has agreed to attend the London conference, saying it would focus on “these countries’ understandings about Geneva 2 and what it should result in.”

The peace talks aim to map a path forward toward a political transition in Syria, and put in place a transitional government.

US Secretary of State John Kerry, who has led efforts with Moscow to find a political resolution to the war, was returning to Europe for the talks in his 16th trip since taking office in February.

Kerry told National Public Radio the talks in London are aimed at “trying to move the process forward”.

“We’re working towards this Geneva conference, not that we know what the outcome is,” Kerry said.

Syrian officials have repeatedly said they are willing to take part in the Geneva peace talks, but not with any preconditions such as Assad’s resignation.

The opposition Coalition is also to hold internal discussions in Istanbul this week that should culminate with votes on whether to attend the Geneva talks and on the formation of a transitional government.

In a sign of the deep divisions over the Geneva talks, the Syrian National Council, a key member of the Coalition, has already said it opposes the conference and threatened to quit the grouping if it takes part.

French Foreign Ministry spokesman Romain Nadal said Paris was working with the opposition ahead of the talks in London on building a united front for the Geneva conference.

“We want the opposition to be united at this conference. It is important that it be united and strong to influence the outcome,” he said.

London will also be keen at the talks to support moderate elements in the opposition, so Assad cannot present himself as the only alternative to the radical Islamists who have taken on an increasingly prominent role among Syria’s rebels.

Syria’s close ally Russia, which helped to avert the US-led military action by brokering a deal to dispose of the Assad regime’s chemical weapons, is not attending the London meeting.