Syria- Syrian snipers targeted pregnant women on more than one occasion, a British surgeon said Saturday after returning from a five-week stint in the conflict zone. 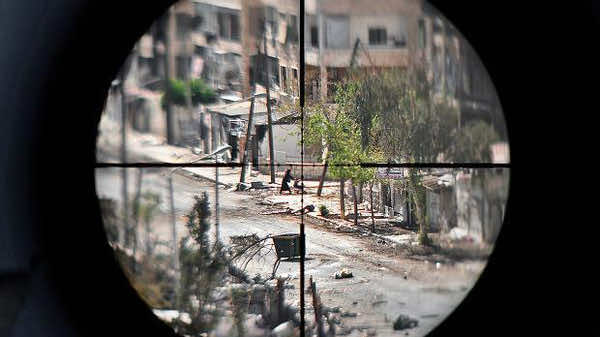 Syria- Syrian snipers targeted pregnant women on more than one occasion, a British surgeon said Saturday after returning from a five-week stint in the conflict zone.

According to an interview with The Times newspaper David Nott, who spent five weeks volunteering at a Syrian hospital, said he treated more than half a dozen shot pregnant women on one day in a Syrian city.

He did not identify the city for security reasons but said that he regularly treated gunshot wounds that indicated that bored snipers were targeting particular parts of civilians’ bodies in a bid to entertain themselves, reported Agence France-Presse.

“One day it would be shots to the groin. The next, it would only be the left chest,” he told the newspaper.

“From the first patients that came in in the morning, you could almost tell what you would see for the rest of the day. It was a game.”

On one day, two consecutive gunshot patients were heavily pregnant women, both of whom lost their babies.

“The women were all shot through the uterus, so that must have been where they were aiming for,” he told The Times.

“I can’t even begin to tell you how awful it was. Usually, civilians are caught in the crossfire. This is the first time I’ve ever seen anything like this. This was deliberate. It was hell beyond hell.”

Nott is a prominent surgeon in the UK who counts former Prime Minister Tony Blair as an ex-patient and has volunteered as an emergency surgeon in warzones for 20 years.

He usually works as a vascular surgeon at London’s Westminster and Chelsea hospital but has served in warzones in countries including Bosnia, Libya and the Democratic Republic of Congo.