By Siham Ali - Rabat - Islamic teachings do not require people in financial hardship to purchase livestock for Eid al- Adha slaughter, but the message does not seem to have gotten through to many Moroccans. 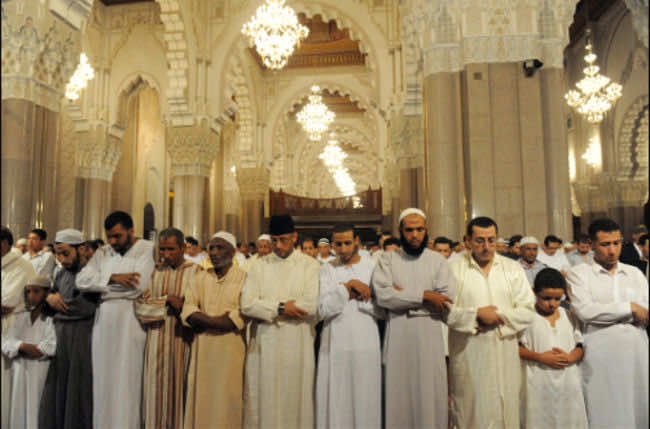 By Siham Ali – Rabat – Islamic teachings do not require people in financial hardship to purchase livestock for Eid al- Adha slaughter, but the message does not seem to have gotten through to many Moroccans.

Imams and ulemas could have done more to help prevent people from going into debt to buy a sheep for the Eid feast celebrated Wednesday (October 16th), sociologist Samira Kassimi suggests.

It is not the only issue in which Moroccan mosques fall short, she says.

“It’s time to rethink the role of worship places in the religious and social guidance of citizens, especially young people, amidst the current climate of rising extremism,” Kassimi argues.

Fellow sociologist Ali Chaabani agrees that mosques must do more.

“Before education in modern schools became the norm, mosques performed this role and provided cultural and religious guidance,” he tells Magharebia.

There is limited opportunity for such guidance, he notes, since mosques are only open during prayer times, and Friday sermons are the only opportunities to convey religious or social messages

“Mosques are losing their influence in society, as people feel they are controlled by the Ministry of Habous and Islamic Affairs,” he says.

And as people seek religious guidance elsewhere, the sociologist continues, extremists have the chance to spread their fundamentalist ideology.

Souad Fikri, a 25-year-old management assistant, agrees with Chaabani. She feels that imams are not sufficiently independent of the ministry and sometimes convey “dictated” messages during their Friday sermons.

For his part, imam and former MP Abdelbari Zemzami also warns that mosques are not performing their duty to offer religious guidance to young people.

He faults the imams for lacking in-depth knowledge, despite a large-scale training programme offered by the ministry.

The training should focus more on teaching from an early age, Zemzami suggests.

“Half of Moroccans go to mosques on Fridays. This situation needs to be borne in mind in order to convey a message tailored to the expectations of the population, especially young people, instead of conveying messages that are a long way from reality,” the imam adds.

“If we’re not careful and we don’t filter the messages that are conveyed, we risk lapsing into fanatical indoctrination,” he warns.

According to Amine Sefrioui, 32, mosques need to be more open to young people and use communication technologies to draw people in.

“Ulemas with mastery in the art of speaking need to be brought to the fore, as happens in the East,” he says.

“Television and radio channels need to be opened up to them so that they can capture the attention of TV viewers and prevent them from being indoctrinated by people who veer into extremism,” he adds.