Benghazi — A Libyan security chief accused of involvement in Prime Minister Ali Zeidan's abduction 10 days ago said Sunday he was behind the "arrest" and that he was "proud" of it. 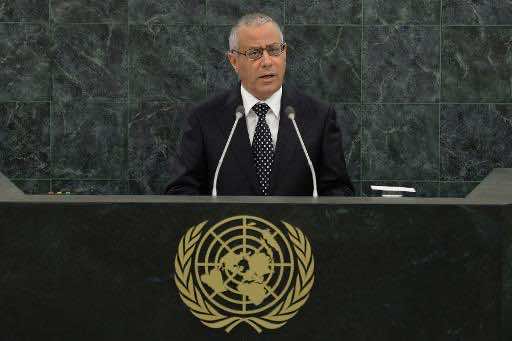 Benghazi — A Libyan security chief accused of involvement in Prime Minister Ali Zeidan’s abduction 10 days ago said Sunday he was behind the “arrest” and that he was “proud” of it.

Gunmen seized Zeidan from a Tripoli hotel on October 10, before he was released and appeared on television hours later to accuse a political party of being behind the attempted “coup”.

“It was me who arrested Ali Zeidan, and I’m proud of it,” Abdelmonem Essid, the head of an interior ministry anti-crime unit, told journalists in Tripoli.

Essid’s remarks came during a news conference that two Islamist members of the General National Congress, Mohammed al-Kilani and Mustafa al-Triki, called to deny their involvement in the brief abduction.

Zeidan said on Sunday the three men were among the leaders of the “kidnapping,” and the government indicated it was a matter for the judiciary.

Essid sought to justify the “arrest” by alleging Zeidan was involved in two drugs cases and corruption.

“Drugs were seized from Ali Zeidan’s car in June,” Essid said, adding there was “no evidence that Zeidan enjoys immunity”.

Essid’s outburst was met with ridicule on social media networks, with some users calling his statement a “joke”.

The two Islamist politicians, for their part, said Zeidan had singled them out only to “cover up his failure” in running the country.

Kilani and Triki acknowledged trying to bring down Zeidan’s government, but added they were unable to garner enough support in the Congress.

On Sunday Zeidan reiterated that his captors had tried to force him to resign.

The premier told a separate news conference that Congress members had “failed to oust the government by democratic means and tried to use force to achieve their goal”.

His abduction illustrates the chaotic state of Libya’s security services, with various units run by former rebels from the country’s 2011 uprising.

The authorities have handed some militias the task of filling the void after the collapse of state institutions since the uprising toppled dictator Moamer Kadhafi.

Kadhafi was captured and killed in his hometown Sirte on October 20, 2011.