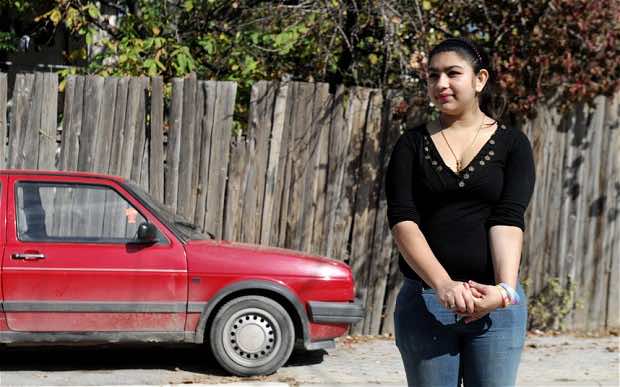 By
rachid khouya
-
Rachid Khouya is a teacher of English in Es Smara city, south of Morocco.
Oct 21, 2013

Smara, Morocco- The French Interior Minister called on the French people to lend support to the government in reaction to the political, educational and social outrage that followed France’s decision to deport the 15-year-old Roma schoolgirl, Leaonarda Dibrani, from France to Kosovo.

In an interview with the weekly Journal Du Dimanche, Manuel Valls, the French Minister of the Interior, said that “[French people] should be proud of what we are doing , rather than feeling sorry for ourselves”– in an attempt to convince the angry students who took to the streets after the interior ministry’s decision and the ministry’s claims that the decision was ‘right’ and necessary.

This story goes back to last Wednesday when the teenager was detained by the police on a school trip and deported with her family to Kosovo. This was considered as unjust and racist by the audience of students in Paris.

Due to pressure from student protests, the president of the republic came out of his silence and made an offer to deportee.

Hollande said, on Saturday during a televised press conference, that “if [Dibrani] requests, in view of the circumstances, and if she would like to continue her studies in France, she will be welcomed back.”

But Leonarda Dibrani told reporters in Kosovo that she will not return to France without her family.

The case is now being debated by the media and has caused public manifestations and outrage in Paris and might lead to the resignation of the French Interior Minister, per the demands of the demonstrators.