CAIRO – In a statement, the alliance denounced the attack, going on to accuse Interior Minister Mohamed Ibrahim of "collaborating" in the incident. 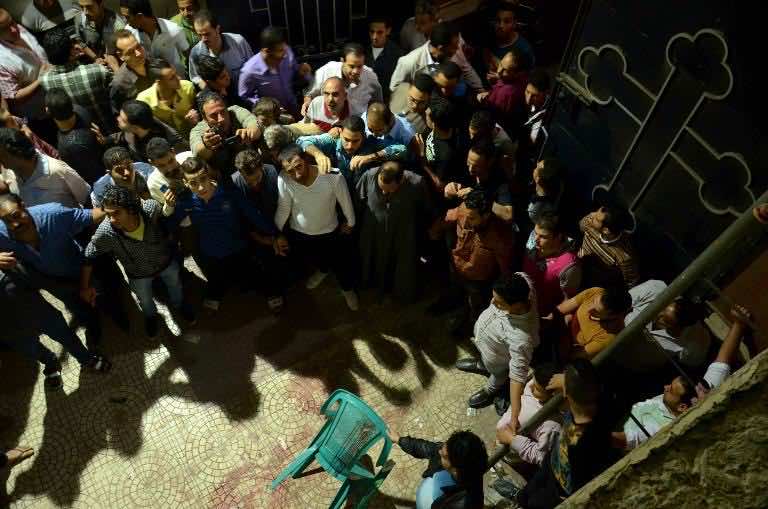 CAIRO – In a statement, the alliance denounced the attack, going on to accuse Interior Minister Mohamed Ibrahim of “collaborating” in the incident.

The National Alliance for the Defense of Legitimacy, the main support bloc for ousted Egyptian president Mohamed Morsi, held Egypt’s Interior Ministry responsible for a deadly Sunday morning attack on a Giza church.

Four people were killed and 18 injured when two unidentified individuals on a motorbike opened fire on guests as they left a wedding ceremony at the Virgin Church in the Giza suburb of Warraq west of capital Cairo.

In a statement, the alliance denounced the attack, going on to accuse Interior Minister Mohamed Ibrahim of “collaborating” in the incident.

“The ministry’s preoccupation with chasing peaceful protesters and students while neglecting to provide security for Egyptian citizens is the main reason for the attack,” the statement read.

The party also slammed Egypt’s military-backed authorities for what it called their “preoccupation with suppressing freedoms instead of performing their primary function of maintaining public security.”

Meanwhile, the Maspero Youth Union, a Coptic-Christian youth movement, accused the Muslim Brotherhood – the group from which Morsi hails – of being behind Sunday’s church attack, without providing any evidence for the assertion.

The group called for “purging all the leadership affiliated with the Muslim Brotherhood from the Interior Ministry,” going on to blame the government for what it described as “negligence” in protecting Egypt’s Coptic minority.