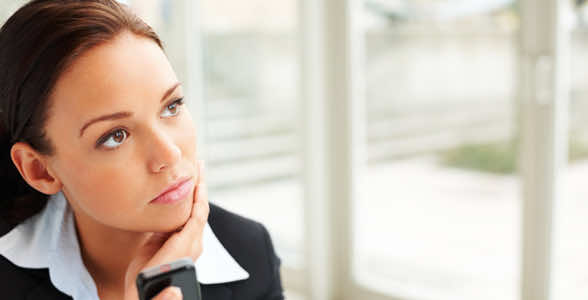 I often hear women say: “I believe that men are afraid of me. I think they simply find me too confident.“ What is behind this phenomenon since men are apparently sometimes afraid of women that are “too strong”?

The problem here is that very few men will agree to tell you the truth. After all, we, men, are not afraid of anything or anyone.

Nevertheless, it is true that some women intimidate us a little. Obviously, a man will not show it, and certainly not say: “You really are a great woman, but unfortunately I fear you …”

Instead, he simply stops contacting you. It is the typically masculine way of letting you know: “It is not going to work between us.”

Today I would like to give you some advice so you can avoid intimidating a man by your presence.

I consciously avoid the word “fear”: after all, men don’t fear anything

You are an independent and down to earth woman? One who has been through a number of hardships and doesn’t get “crushed” easily? Congratulations, you are exactly the type of woman most men secretly dream of!

As a woman who has her life under control, you probably tend to display this strong personality, this “fighting spirit.”It is precisely in relation to men that you are strong and courageous – after all, everything you have achieved in life, you have done alone. Why should you fall at the feet of a man?

The problem is that for men, a woman who behaves too strongly is seen as competition. Thisbehavior is interpreted as a masculine and unfeminine behavior by men. You would think alike if a man said everything he has on the sleeve in a rather “feminine” way on the first date, and cried like a baby on your shoulder.

At best, you would find it nice, but attractive, no.What attracts men is any form of femininity. And men always associate femininity with a good dose of helplessness.

In other words: You have to stimulate his protective instincts. A man wants to be a hero, especially in his relationship with you. it’s your hero he wants to be. It is extremely important for men that women accept their manhood and admire it at least a little bit.

But he cn not be the hero if he feels that the woman in question does not fundamentally need help. He would rather be single his whole life rather than engaging in a relationship with a woman who does not need him and his incredibly manly courage.

This is why when meeting with a man, you must remember your femininity. Give him the chance to see you as a woman.

It only takes a few things:

Play the helpless girl with your cellphone. Ask him if he could explain to you how this incredibly complicated menu works.

“I have a new cellphone, could you tell me how to access the inbox? I really do not understand …”

It is also a good way to start a conversation with a stranger.

This way, you show him that you need his help. Any man will want to fly to the rescue, with his head high.

After all, it allows him to be, even if only for a moment, the hero he always wanted to be. And if you flutter your eyelashes and whisper “Thank you very much, you really helped me” softly in his ear,he will feel like Superman.

It may be cliché or you might think “Ridiculous”, but men respond easily to such subtle signals indicating that a woman needs help. This gives him the impression of being helpful.

What a man wants is a woman who is independent on the emotional level, a woman he can simply advise, a woman who needs him, but not a woman who would be lost if he was not there :he just wants to be “the icing on the cake .”That is why I advise you to give men the impression that you’re a little more desperate than you really are. You will be surprised to see the effect that this behavior may have!

An earlier version of this article in French appeared in www.hyawhowa.com.