Paris —  The United States has branded reports it spied on millions of French citizens as inaccurate but the newspaper behind them said Wednesday it was sticking by a story which has caused a diplomatic ruckus between the allies. 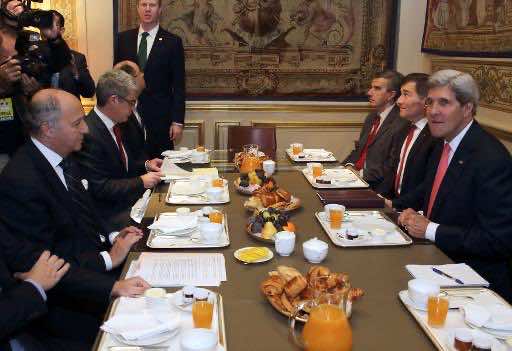 Paris —  The United States has branded reports it spied on millions of French citizens as inaccurate but the newspaper behind them said Wednesday it was sticking by a story which has caused a diplomatic ruckus between the allies.

The latest revelations to emerge from leaks by former US National Security Agency (NSA) contractor Edward Snowden have also strained US relations with its neighbour Mexico, which said it would investigate allegations US intelligence had hacked into the emails of President Enrique Pena Nieto and his predecessor.

French daily Le Monde said it stood by its report that millions of phone calls in France were monitored by the NSA and published what it described as an NSA document showing a daily breakdown of the alleged snooping.

The paper was responding to a statement by James Clapper, the US Director of National Intelligence.

Clapper said Le Monde’s report contained “inaccurate and misleading” information about America’s foreign intelligence activities and that a specific claim 70 million phone calls had been monitored between December 10, 2012 and January 8 of this year was false.

Clapper made no mention of Le Monde’s report that the US spied on several French embassies around the world, most notably its missions in Washington and at the United Nations in New York.

NSA “While we are not going to discuss the details of our activities, we have repeatedly made it clear that the United States gathers intelligence of the type gathered by all nations,” Clapper said.

“The US collects intelligence to protect the nation, its interests, and its allies from, among other things, threats such as terrorism and the proliferation of weapons of mass destruction.”

Pena Nieto meanwhile ordered an “exhaustive” probe into claims that the NSA hacked his emails while he was running for office last year, as well as the messages of predecessor Felipe Calderon while in office.

The Mexican investigation will look into whether such spying indeed took place and if any local officials were complicit, said Interior Minister Miguel Angel Osorio Chong.

Since Pena Nieto took office in December, Mexico has “revised and strengthened” the security of the president’s voice and computer communications, he added.

The allegations that Calderon was spied on from May 2010 were reported by German weekly Der Spiegel on Sunday after a similar report by US journalist Glenn Greenwald last month that Pena Nieto had been targeted by the NSA.

The Mexican leader has said that US President Barack Obama pledged to launch an investigation into the alleged spying on his emails.

Foreign Minister Jose Antonio Meade said he would summon the US ambassador over the latest claims and called the American response so far “unacceptable”.

Similar protests have been made by France but officials acknowledge there is little more they can do.

The Socialist government has ruled out any concrete reprisals and the United States has also sought to smooth over an issue which has damaged relations with a number of countries, most notably Brazil.

Brazilian President Dilma Rousseff was due to visit the US this month but the visit was called off in protest at the interception of communications from and to her office, as well as in embassies and the offices of oil giant Petrobras.

As part of the efforts to appease angry allies, Obama has already initiated a review of how America gathers intelligence with a view to addressing concerns over citizens’ right to privacy, US officials say.

They have also emphasised that intelligence acquired from phone monitoring can benefit all of Washington’s allies in fighting terrorism, drugs trafficking and other organised crime.

Le Monde however has claimed that the monitoring of phone calls in France extended beyond possible terrorism suspects to include business and political figures.

French President Francois Hollande’s spokeswoman Najat Vallaud-Belkacem said Wednesday that Paris and Washington had agreed to work on new “bilateral cooperation between the French and American intelligence agencies” in the wake of the scandal.