Tunis — Talks on ending months of political deadlock in Tunisia have been postponed to Friday, as the country's Islamist prime minister said his government was committed in "principle" to resigning to pave a way out of the crisis. 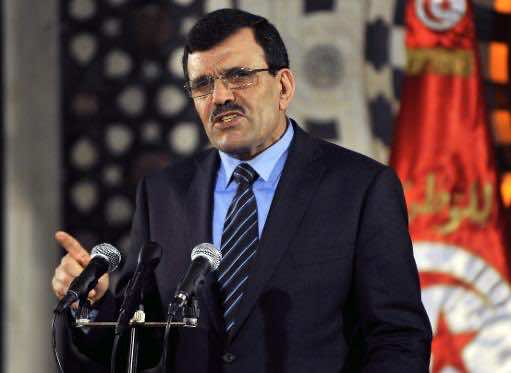 Tunis — Talks on ending months of political deadlock in Tunisia have been postponed to Friday, as the country’s Islamist prime minister said his government was committed in “principle” to resigning to pave a way out of the crisis.

“We will not submit to anyone except the interests of the country,” he added, in a heavily delayed statement that held up the scheduled launch on Wednesday afternoon of a long-awaited national dialogue.

But now those talks have been delayed to Friday as the opposition found Larayedh’s comments “ambiguous”.

“We are going to hold more consultations with the prime minister in order to get more clarifications on his speech today (Wednesday),” said Houcine Abassi, secretary general of the powerful UGTT trade union.

“We’ve decided that the national dialogue will begin on Friday at 10:00 am,” he added.

According to the roadmap, the talks must lead within three weeks to the formation of a new caretaker cabinet of technocrats.

Negotiators will also have one month to adopt a new constitution, electoral laws and a timetable for fresh elections. These are key milestones in a transition that has effectively been blocked by wrangling between the Islamists, their coalition allies and the opposition.

Mediators hope the dialogue between Tunisia’s bitterly divided political factions will mark a crucial step in the country’s democratic transition and end the crisis triggered by the July murder of opposition MP Mohamed Brahmi, an attack blamed on radical Islamists.

Reflecting Tunisia’s ongoing security woes, six policemen and a gunman were killed in clashes with a “terrorist” group that erupted in the Sidi Bouzid region, Larayedh confirmed, adding that the security forces were pursuing the remaining militants.

“The Tunisian state is in the process of defeating terrorism… despite the sacrifices,” he insisted.

A policeman has also been killed in the north of the country in circumstances that are not yet clear, the interior ministry said late Wednesday.

President Moncef Marzouki has declared three days of mourning for the slain members of the security forces, while the UGTT trade union confederation has called a strike in Sidi Bouzid for Thursday.

Wednesday’s deadly fighting highlighted opposition complaints of inadequate action by the Islamist-led government to rein in jihadist groups, who are also linked to the killing of another opposition MP in February.

Last week, two policemen were killed in the Beja region west of the capital, and while the authorities said nine “terrorists” were killed in an operation to catch those responsible, the deadly violence has fuelled anti-government sentiment within the security forces.

The planned national dialogue between the ruling Islamists and the opposition was due to begin exactly two years after Ennahda emerged as the largest party in parliamentary elections that followed the 2011 overthrow of veteran strongman Zine El Abidine Ben Ali.

Some 10,000 protesters gathered in the capital’s Habib Bourguiba Avenue on Wednesday, calling for the Ennahda-led coalition government’s immediate departure and shouting slogans such as: “Government of traitors, resign!”

“We hope that Larayedh will have enough courage to announce the resignation of his government within three weeks to save the country,” an opposition leader at the protests, Hamma Hammami, told AFP before Larayedh’s speech.