Lisbon - Lisbon hosted this Tuesday a meeting of chiefs of staff of Western Mediterranean countries member to the 5+5 defense initiative. 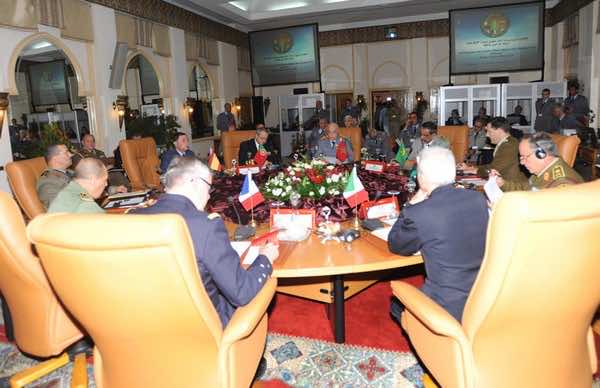 Lisbon – Lisbon hosted this Tuesday a meeting of chiefs of staff of Western Mediterranean countries member to the 5+5 defense initiative.

In accordance with instructions of King Mohammed VI, Supreme Chief and General chief of staff of the Royal Armed forces (FAR), the Moroccan delegation to the meeting was led by General de Corps d’Armée Abdelaziz Bennani, FAR General inspector and commander of the southern zone.

Portugal holds the rotating presidency for 2013 of the “5+5 Defense” initiative.

The Moroccan military top officer underlined the project proposed by Morocco in 2012 for the creation of an efficient mechanism to fight against sea pollution in the Mediterranean and the Atlantic shores. He also stressed the importance given by Morocco to the issue of illegal migration, urging the 5+5 defense initiative to ponder on illegal traffics, the movement of weapons and terrorism in the Sahel region and their implications on the two banks of the Mediterranean.

Founded in 2004, the 5+5 defense Initiative gathers five European countries (Spain, France, Italy, Malta and Portugal) and the five Maghreban countries (Algeria, Libya, Mauritania, Morocco and Tunisia). It is a framework for the promotion of cooperation among member states and competences among their respective armies.