ANKARA (AA) -Turkish President Abdullah Gul has marked the 68th anniversary of the establishment of the United Nations (UN) in a statement reminding that Turkey was a founding member of UN on this occasion. 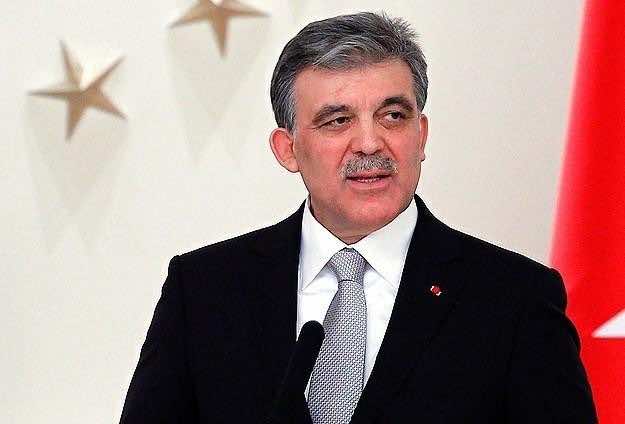 ANKARA (AA) –Turkish President Abdullah Gul has marked the 68th anniversary of the establishment of the United Nations (UN) in a statement reminding that Turkey was a founding member of UN on this occasion.

“The UN, nowadays, has been living through the most difficult test in the area of protection of international peace and security. The unstoppable inner conflicts are the biggest threat to peace and security. There is need for a trustworthy, effective and powerful UN which has the potential to take action to institute justice, peace, safety and fundemantal rights and liberties among nations,” said the statement.

Gul noted that the UN continues to be a unique global organization as a representative of international legitimacy and determiner of regulations providing international peace, security and sustainable improvement.

“Since its inception in 1945, the UN has undergone radical changes. The unpreventable infighting remains utmost theatening to international peace and security,” he said.

The Turkish President underlined that Turkey has been supportive of UN’s values and norms for a long time, and has undertaken leading roles in terms of peacemaking, enviroment, development and the alliance of civilizations.

Expressing that Turkey doubled its contribution to the UN budget in 2013, he added, “With our increasing contribution to the UN, Turkey took noteworthy steps toward the idea of making Istanbul a center with respect to the UN. So the United Nations Development Program (UNDP) has signed the agreement about the movement of its Regional Center of Europe and the Commonwealth of Independent States to Istanbul.”

He also drew attention to Turkey’s humanitarian involvement by saying, “Humanitarian diplomacy remains a speacial feature of Turkish foreign policy. Turkey has been the fourth biggest official donor in the world. Turkey is due to host the World Humanitarian Summit for the first time in the world.”