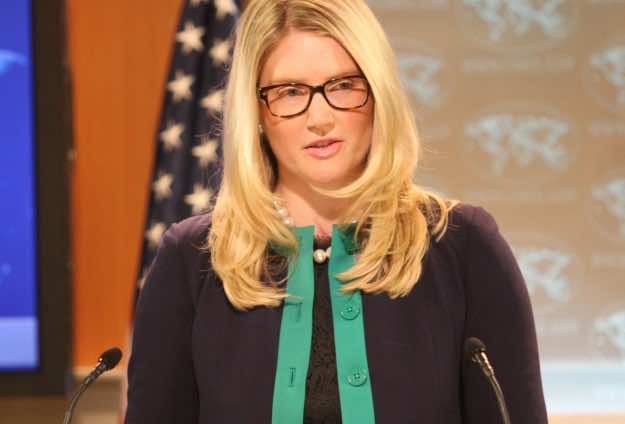 The Deputy Spokesperson denied media reports that the US has frozen its assistance to the Syrian opposition.

“Not at all. Not to my knowledge. No, our assistance continues. Ambassador Ford is on the ground meeting with them right now. That report would seem to be pretty false to me,” said Harf during the daily press briefing.

Harf concurred with Turkish Prime Minister Recep Tayyip Erdogan that Turkey’s missile defense future was ultimately a sovereign question. She added, however, that the US is concerned by the choice of the Chinese firm, China Precision Machinery Import Export Corp. (CPMIEC), and a potential lack of interoperability with NATO missile defense systems.

“We have also said, two points, that this company is currently sanctioned by the United States, and that as part of NATO and a NATO ally, it is important to have systems that are interoperable”, remarked Harf.

CPMIEC is currently sanctioned by the US for alleged violations of the Iran, North Korea and Syria Nonproliferation Act.

The source of a media report that alleged Turkey exposed 10 Iranians working with Mossad to Tehran is still unknown, according to Harf.

“I have no information at all about who may have been sources of this kind of stuff that’s out there in the press,” said Harf.

Asked whether the incident led to Congress delaying weapons transfers to Ankara, Harf said that such questions should be directed to Congress.