TUNIS - One person was shot and wounded in a clash with police on Friday near a college in a district of the Tunisian capital, witnesses and a policeman told AFP. 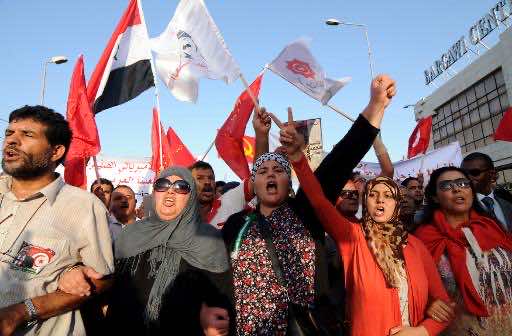 TUNIS – One person was shot and wounded in a clash with police on Friday near a college in a district of the Tunisian capital, witnesses and a policeman told AFP.

“A terrorist was hit in the head, another arrested and one is on the run,” the policeman involved in the clash in Ennasr City district said, asking not to be named.

Bloodstains were visible on the pavement at the scene, as police with sniffer dogs inspected a vehicle parked near the college to check for explosives.

The college itself was evacuated.

Since its 2011 uprising which overthrew strongman Zine El Abidine Ben Ali, Tunisia has been rocked by violence blamed on militant Islamists.