LONDON - Despite some evidence for various, "the truth is that even now we do not really know why leaves go red in autumn," Professor Davies says. 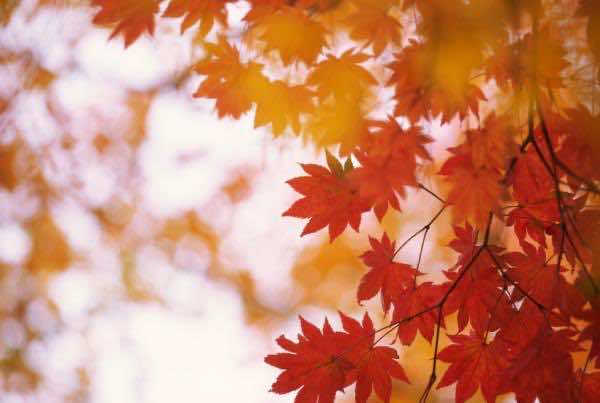 LONDON – Despite some evidence for various, “the truth is that even now we do not really know why leaves go red in autumn,” Professor Davies says.

With the arrival of fall, various shades of red and yellow delight people each autumn, and the reasons for these surprising colours include the lack of day light, stress and plants preparing themselves for the cold winter.

Professor Brendan Davies, Director of Research at the School of Biology at the University of Leeds, says leaves are green because they contain a pigment, known as chlorophyll, which is used by the plant to capture energy from sunlight through photosynthesis.

Davies added that in some trees it is difficult to see the green leaf colour because it is masked by other pigments, but its existence could be proven by mashing up the leaf and extracting the chlorophyll.

The green pigments of the leaves are fed by the chemical chlorophyll which is used by the plant to capture energy from sunlight through photosynthesis, Davies explained, saying, “In the low light, cold temperature and short days of winter, some trees in temperate regions cut their losses, reabsorb and store the nutrients from their leaves and then effectively cut off what remains and allow it to fall to the ground, where it decomposes and eventually provides more nutrition back to the plant roots. During this process it is often possible to see dramatic colour changes. The most common colour change is from green to yellow.”

He said that the reason for this was the green chlorophyll being broken down and revealing yellow carotenoid pigments that were there all along. “In this case you can view the colour change as an incidental effect of leaf senescence.”

“Leaves don’t go yellow, the tree prepares itself for winter”

“However, less commonly overall, but in some areas very strikingly, some leaves go red and this is caused by the plants actively making a ‘red pigment, called anthocyanin, in those leaves as the chlorophyll is broken down,” Davies expressed, adding, “they don’t go yellow, we just get to see the yellow that was always there as the green is broken down readying for winter.”

Noting it was harder to understand why leaves go red, Professor Davies said, “Why would a plant that is in the process of asset stripping its leaves ready to jettison them to the ground go to the trouble and expense of making a new red pigment?” He added there were two main theories to explain this.

“One theory says that the plant needs to ‘buy time’ to reabsorb leaf nutrients. As the chlorophyll is decreasing and the leaf canopy is thinning out, the sunlight can do more damage to the tissues of the leaf,” said Davies in explaining that the red anthocyanin could therefore be acting as both a sort of internal sun block, and as an antioxidant allowing the leaves to survive this light damage long enough to more efficiently reabsorb nutrients.

The second theory expresses that trees send red signals warning of “danger” for insect pests looking to migrate to a suitable tree in the autumn. “The insects could associate the red colour with better chemical defences and avoid the red trees, giving them an advantage over the trees that do not discourage pests,” the professor noted.

He added, “there is some evidence for both these theories, but the truth is that even now we do not really know why leaves go red in autumn.”

Explaining why some leaves continue remaning green while others reveal yellow colours or turn red, Professor Davies said this was because changing colour was a trait which has been developed several times independently in the course of evolution.

“So in the very distant past, all leaves would have remained green. Most species still do not show autumn colours, but several species spread across the plant kingdom have independently discovered that autumn colours give them an advantage” he added.

He said the day length, rain and temperature were major factors in autumn colour, but there were many more to cover. “For example, leaves often produce the red anthocyanin when the plant is stressed. You might have noticed that some houseplant leaves go red or purple if you forget to water them. So general stress factors can also influence leaf colour,” stated Davies.

Moreover, Emeritus Reader in Plant Sciences at the University of Oxford, Barrie Juniper told AA that in the spring, or occasionally erratically mid-season, a three or a shrub would throw out what they call “flush” colours. “The young leaves may be red, purple, yellow in the tropics, even blue. And it is thought that these serve to confuse insect attack. The very young leaf does not have a ‘thick skin’ or defensive chemicals (not yet) but must try to avoid attack,” Juniper added.