Bordeaux - Immigration is back on the French political scene. Jean François Copé, president of right wing party UMP, has announced his formation will propose a bill aiming at redefining the French right of soil. 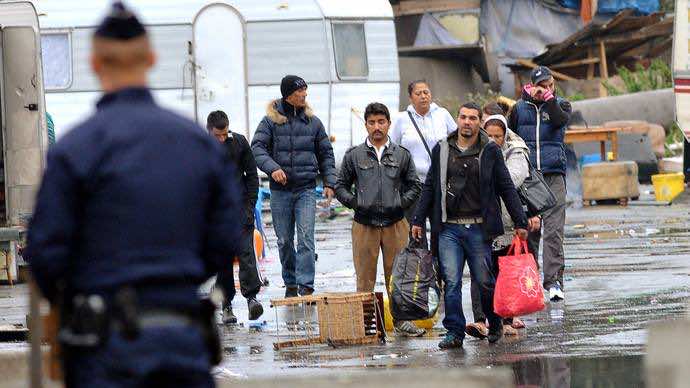 Bordeaux – Immigration is back on the French political scene. Jean François Copé, president of right wing party UMP, has announced his formation will propose a bill aiming at redefining the French right of soil.

Currently, under the jus soli, every child born in France of foreign parents automatically acquires the French nationality when he turns 18 if he has lived in France for at least five years between the age of 8 and 18. However, Guillaume Larrivé, a UMP MP, wants things to change and will present a potential reform before the National Assembly today.

“Children born in France to foreign parents are destined to become French, but that right to French nationality must not be open to those who ignore the republican pact,” said Larrivé about the four articles he plans to present.

One of them “Subordinate the benefit from the jus soli to the demonstration of the child’s will to acquire the French citizenship.” In other words, the state will be able to make a selection of individuals who deserve to become French or not.

The text also mentions the possibility to deny citizenship to women wearing a veil, illegal immigrants and people having been to jail for at least six months.

The initiative is supported by former President Sarkozy’s most fervent followers, even though Sarkozy has himself always defended this right. During the 2012 presidential campaign, he had declared “The right of soil is part of the French tradition.”

Indeed, the jus soli was first introduced in the French law on February 23, 1515. With local elections less than 5 months away and France’s long tradition as a host country for immigrants, immigration is definitely on the agenda and remains a burning topic. On October 9th, Roma teenager Leonarda was arrested during a school field trip and deported to Kosovo with her family, sparking national anger and indignation.