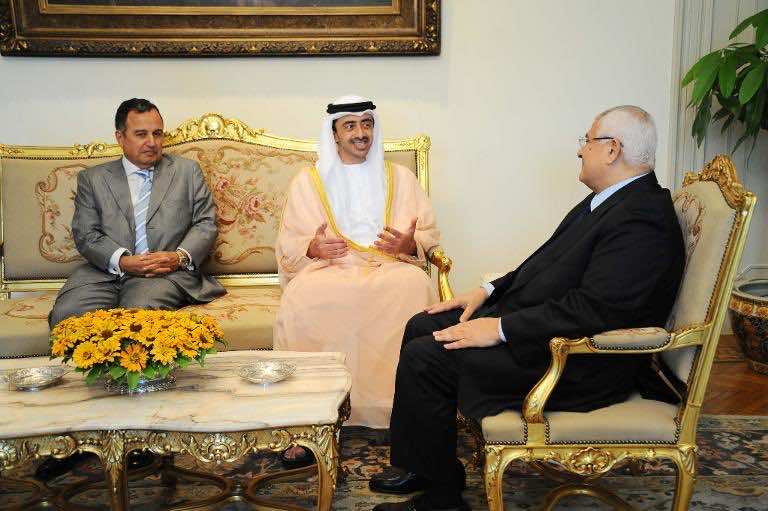 The UAE and other Gulf monarchies were staunch supporters of the July 3 overthrow of Egypt’s first Islamist president, Mohamed Morsi, and have vowed to help the interim government address the economic devastation wrought by two years of political turmoil.

The two countries signed the latest agreement during a visit by Egyptian prime minister Hazem Beblawi to the oil-rich Emirates, WAM reported.

It said $1 billion of the new funds would go to support Egypt’s fuel needs while the remainder would be “aimed at improving the living conditions, lives and human development of the Egyptian people through a number of projects.”

The projects include the construction of 50,000 homes and 100 schools, as well as health clinics, renewable energy initiatives and 25 wheat silos, WAM said.

Beblawi thanked the Emirates and hailed the “excellent relations” between the two countries.
The UAE had previously deposited an additional $2 billion in Egypt’s central bank to be held without interest, in order to prop up Cairo’s currency.

Saudi Arabia and Kuwait pledged $9 billion in aid to Cairo within days of the army’s overthrow of Morsi, which came amid massive protests against the year-long rule of Egypt’s first freely elected president.

Egypt’s economy has been in a tailspin since the overthrow of longtime ruler Hosni Mubarak in February 2011, contributing to the political unrest that has gripped the country.