- Footballers need support to help them handle the pressure that comes with their high-profile, Britain's Prince William said Saturday. 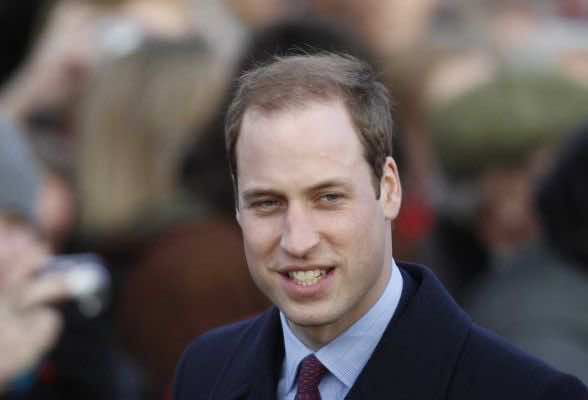 – Footballers need support to help them handle the pressure that comes with their high-profile, Britain’s Prince William said Saturday.

William, president of the Football Association, the game’s governing body in England, said players needed training in how to cope with being role models.

The prince, second in line to the throne, was speaking at a gala dinner to mark the FA’s 150th anniversary.

“Our national players are role models for millions of young people and I think we need to give those highly pressured and driven players the support and training they need to live up to their rightly exalted status,” he said.

“We were as a nation so proud of our Team GB athletes at the Olympics and Paralympics, for their success on the field but also for the way they conducted themselves in interviews and with their competitors.

“It is perfectly possible to say the same about our national teams — they are good people, ambitious for success and to a man and woman aware of their status as role models.”

The 31-year-old also praised the global footballing family and was keen to thank the founders of the game and those who have helped develop the sport.

“Tonight is not just an English celebration,” the Duke of Cambridge said.

“Football is international in every possible way and I believe that the game’s constantly evolving spirit and appeal is a consolidation of all its global influences.

“Every nation should be proud of their contribution to 150 years of football.”

He praised efforts to boost England’s fortunes in international football — their only major trophy being the 1966 World Cup — but added: “I would also encourage us to make sure we retain sportsmanship at the heart of this energetic drive for success.”

With racism remaining a thorny issue, including unsavoury scenes in matches during the week preceding the FA gala, William also praised the work of those attempting to rid football of discrimination.

“There is sadly more work to do but it is heartening to see how seriously the FA takes stamping the blight of racism and discrimination out of football,” he said.