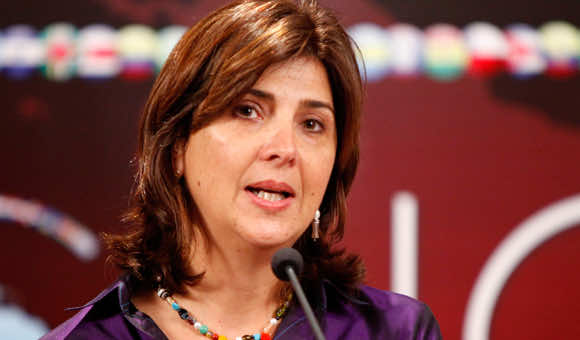 At a press briefing after the meeting, the Minister said he discussed with the Colombian official ways to strengthen cooperation between Morocco and Colombia in all fields, stressing the common will of the two countries to further develop economic and trade relations.

Mezouar, who praised the excellent relations between Morocco and Colombia, stressed that the two countries are expected to further promote cooperation through increased trade and economic exchanges.

Regarding the issue of the territorial integrity of the Kingdom, the Minister commended Colombia’s support for the national cause and the UN efforts to find a political solution to this dispute.

In a similar statement, Holguin emphasized the importance of strengthening bilateral relations with Morocco, especially in the economic field.

In this regard, the head of the Colombian diplomacy announced that the Pacific Alliance, an economic grouping involving Colombia, Chile, Peru and Mexico, will soon open a sales office in Casablanca to promote trade opportunities and investment between the two parties.

On the sidelines of the meeting, the two ministers also signed a memorandum of cooperation between the Moroccan Academy of Diplomatic Studies and its Colombian counterpart on strengthening cooperation relations between the two institutions in the field of diplomatic training.