LAGOS - The Nigerian army on Sunday pledged to give free passage to any Boko Haram militant willing to surrender, claiming the militant group has been weak as a result of superior firepower of military troops. 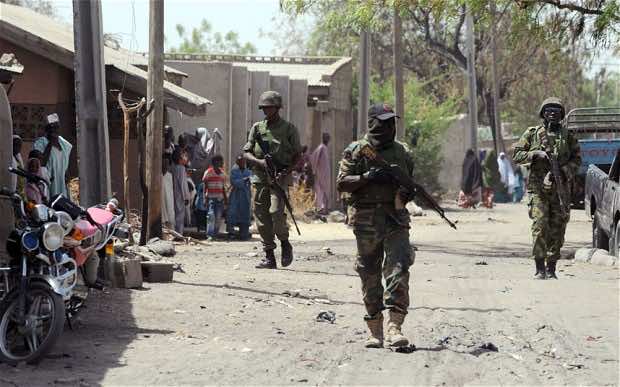 LAGOS – The Nigerian army on Sunday pledged to give free passage to any Boko Haram militant willing to surrender, claiming the militant group has been weak as a result of superior firepower of military troops.

“I want to assure you that we will give safe passage to members of the sect, including foot soldiers, who are ready to surrender,” Col. Ibrahim Yusuf, the commander of the 21 Armored Brigade, told reporters in Maiduguri, the capital city of the insurgency-torn northeast Borno state.

“Those involved can either surrender themselves at any military outpost or go to their ward or district head.”

Yusuf said the army has evolved fresh strategies to insurgency in the region but stopped short of giving details.

“We cannot be taken by surprise by the Boko Haram. We are also evolving strategies to make sure that we prevent future attacks, no matter how small.”

The military spokesman boasted recent fight against the militant group.

“The recent attacks are nothing but signs of weakness,” he said, claiming that recent killings in remote villages suggest that Boko Haram militants are on the run.

“They cannot operate in the open, so they vent their anger on innocent civilians.”

Nearly 95 militants were killed over the weekend in Damaturu, the capital of the northwest Yobe State.

The military said it killed over 250 insurgents in the past two weeks alone.

It is not clear what impact the rising military onslaught on the group and the prominent comments of various military chiefs and spokesmen in the past weeks are designed to achieve, just weeks before a presidential committee established to guide the government to a peaceful North is to submit its report.

The committee is expected to recommend a scaled-back military operation, a recommendation that may not go down well with some top military chiefs.

In May, President Goodluck Jonathan declared a state of emergency in the three northeastern states of Borno, Yobe and Adamawa, where the Boko Haram insurgency has proven most deadly.

Boko Haram, hitherto a peaceful though theologically eccentric Islamic sect campaigning against bad governance and corruption, has – since the 2009 murder by police of group leader Mohamed Yusuf – transformed into a full-blown militant group.

The group has killed thousands of innocent civilians and security agents deployed to curb its terrorist campaigns in the country’s North.

It has killed up to 500 people – including 40 students – in the past few months.

Boko Haram’s violent activities have been met with opprobrium by millions of Nigerian Muslims.