Iranian negotiators hold this week a series of meetings in Vienna meant to lay the groundwork for substantial progress in talks with world powers in Geneva on November 7-8. 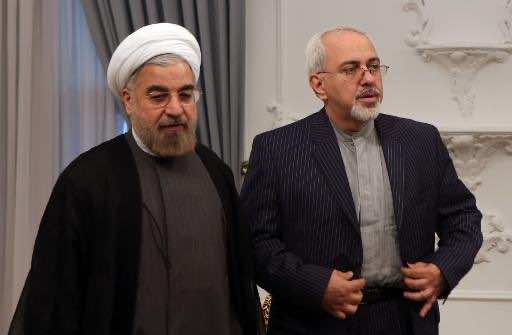 Iranian negotiators hold this week a series of meetings in Vienna meant to lay the groundwork for substantial progress in talks with world powers in Geneva on November 7-8.

The same day, the International Atomic Energy Agency will hold separate talks with Iranian officials on allegations that prior to 2003, and possibly since, Tehran carried out nuclear weapons research.

Then on Wednesday and Thursday, a seven-member expert Iranian team will meet with counterparts from the six powers — the United States, Britain, France, China, Russia and Germany — to prepare the groundwork for the Geneva gathering.

All the meetings are behind closed doors. Only the IAEA talks are scheduled to be followed by a news conference, with new chief inspector Tero Varjoranta due to brief reporters around 1700 GMT.

Iran denies seeking or ever having sought nuclear weapons, and, in defiance of multiple UN Security Council resolutions and painful sanctions, has steadily expanded its nuclear programme over the years.

Some experts warn that next year, Iran may reach “critical capacity” — the point at which it could, in theory, process enough weapons-grade uranium for a bomb before being detected.

But since becoming president in August, Rouhani, seen as a relative moderate, has raised hopes that the long-running crisis can be resolved and threats of military action silenced for good.

Iran’s Foreign Minister Javad Zarif in September held a landmark meeting with his US counterpart John Kerry during the UN General Assembly.

US President Barack Obama and Rouhani also held a historic phonecall — the first between leaders of their estranged nations since the 1979 Islamic Revolution.

Then in Geneva on October 15-16, Iran presented to the five permanent members of the UN Security Council plus Germany (the P5+1 or E3+3) a new proposal that Araqchi said could settle the dispute “within a year”.

The White House said Iran had shown a greater level of “level of seriousness and substance that we have not seen before” at the Geneva meeting, cautioning however that actions, not words, were needed.

In Iran’s parallel talks with the IAEA there has also been optimism, with the watchdog describing its first meeting with Iran’s new Vienna envoy on September 27 as “very constructive”.

Even though the alleged activities that the agency wants to probe are mostly in the past, and are not a major element in the six-party talks, resolving them are vital if Iran wants sanctions lifted.

“There is no way that Iran will be able to get to that endpoint without addressing” the IAEA’s claims, Mark Hibbs, analyst at the Carnegie Endowment for International Peace, told AFP.

But he said Iran would likely wait for a wider deal with the P5+1 before actually granting to the IAEA access to the relevant sites, documents and personnel.

Improved relations between Iran and the IAEA are also important because the P5+1 want Tehran to submit to more intrusive inspections by the watchdog as part of a wider accord.

“We hope Iran and the agency can adopt a new approach, in a spirit of goodwill, and can get down to resolving the remaining ambiguities in a short period,” Araqchi told the ISNA news agency Friday.