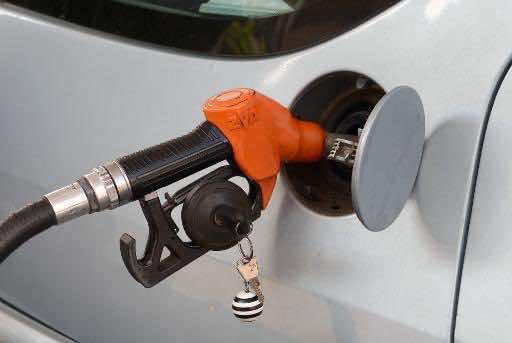 New York’s main contract, West Texas Intermediate for delivery in December, closed at $98.68 a barrel, a gain of 83 cents from Friday.

Brent North Sea crude for December, the European benchmark, soared $2.68 to settle at $109.61 a barrel in London trade.

Libyan crude production was disrupted several months ago after labor unrest forced terminals to shut, slashing crude output to under 100,000 barrels per day. Before the shutdowns, Libya was producing between 1.5 million and 1.6 million barrels of crude oil per day.

Production had increased in recent weeks, but an uptick in protests has raised concerns about exports from the country amid near-daily attacks and bombings that some say are pointing to a second civil war.

“We are continuing to process the news from Libya where there is a renewed shutdown on the production due to protests,” said John Kilduff of Again Capital.

“It looked like it was improving, and now it looks like we are leaning towards zero (production) again. The market is going to miss those barrels.”

Libya was “definitely the main thing driving the prices higher today,” he added.

Lackluster US economic data for September limited US oil price gains, Kilduff said. Pending home sales fell more than expected under pressure from higher interest rates, according to the National Association of Realtors. US industrial production picked up 0.6 percent but that was due partly to utilities cranking up to meet weather shifts, including an early cold snap in the West.

The snapshots of the US economy lent support to market expectations that the Federal Reserve will keep its massive monetary stimulus unchanged at the end of a two-day meeting Wednesday.