Israel on Tuesday was preparing to release 26 long-serving Palestinian prisoners, the second batch of 104 inmates who are to be freed in line with commitments to US-brokered peace talks. 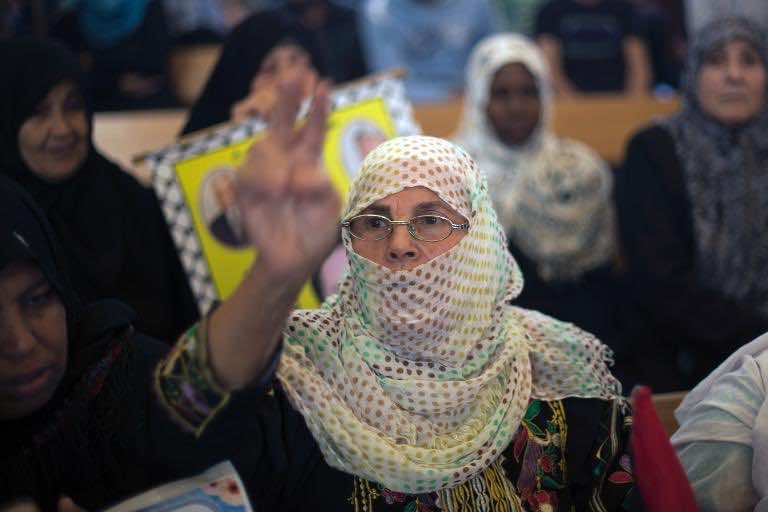 Israel on Tuesday was preparing to release 26 long-serving Palestinian prisoners, the second batch of 104 inmates who are to be freed in line with commitments to US-brokered peace talks.

The release, which is due to take place late on Tuesday night, will see 21 prisoners returned to their homes in the West Bank and the remaining five returning home to the Hamas-run Gaza Strip.

All were convicted for killing Israelis, with most of the attacks occurring before the 1993 Oslo Accords, which granted the Palestinians limited self-rule, but failed to bring about an independent state.

Of the 26, all but two prisoners were serving life sentences.

Although Israel is currently engaged in direct peace talks with the Palestinians — relaunched in late July after a three-year hiatus — the move has sparked tensions within Prime Minister Benjamin Netanyahu’s coalition.

And Israel has pledged to push through a wave of new settlement tenders in tandem with the release, in a move which officials say was coordinated in advance.

“The decision to release the prisoners is one of the most difficult I’ve had to make,” Netanyahu told his rightwing Likud party on Monday in remarks broadcast on public radio.

“It is unjust because these terrorists are being released before completing their sentence. My heart is with the families of the victims.”

Netanyahu agreed to release a total of 104 Palestinian prisoners in four stages as part of the latest resumption of talks aimed at resolving the decades-old conflict.

A first tranche of 26 prisoners were freed on August 13.

“This decision was taken in light of the weight of reality which we are living in,” Netanyahu said.

“We are obliged to operate in a complex international arena which forces us to take into account different elements for the good of Israel.”

The prisoners were bussed to Ofer military prison on Monday, where they spent the night ahead of their release, a spokeswoman for Israel Prisons Service told AFP.

She said the West Bank prisoners would be bussed from Ofer to the Beitunia checkpoint from where they would travel to Ramallah, while a second bus would take the remaining prisoners to the Erez crossing to enter Gaza.

On Monday evening, around 2,000 Israelis rallied outside Ofer prison, among them families of the victims, chanting “Death to terrorists!” and raising placards reading: “Are we crazy? We’re releasing murderers.”

Almagor, a group representing the victims’ families, is currently appealing to the High Court against the release, although such petitions are routinely thrown out.

The issue is also sensitive for the Palestinians, the vast majority of whom view those held in Israeli jails as political prisoners punished for resisting occupation.

Released prisoners are welcomed back with great fanfare, and the Western-backed Palestinian Authority has called for the release of all the estimated 5,000 Palestinians jailed by Israel.

Among the demonstrators outside the prison was Housing Minister Uri Ariel, a hardliner from the far-right nationalist Jewish Home party, who vowed to ramp up settlement construction in response to the release.

Media reports suggest Israel is planning to announce the construction of 1,500 new housing units in the coming days, up to two thirds of them in east Jerusalem.

Last week, an Israeli official said new tenders were to be announced in the large settlement blocs and in east Jerusalem “in the coming months” as part of “understandings” reached with both the Palestinians and Washington.

The Palestinians — who view continued settlement construction as a major obstacle to peace — flatly denied reaching any such agreement.

In August, Israel announced plans for more than 2,000 new settler homes in tandem with the first prisoner release, angering the Palestinians.

It was the settlement issue which brought about the collapse of direct talks in September 2010, with Israel refusing to renew a 10-month freeze on the construction of new West Bank settler homes.