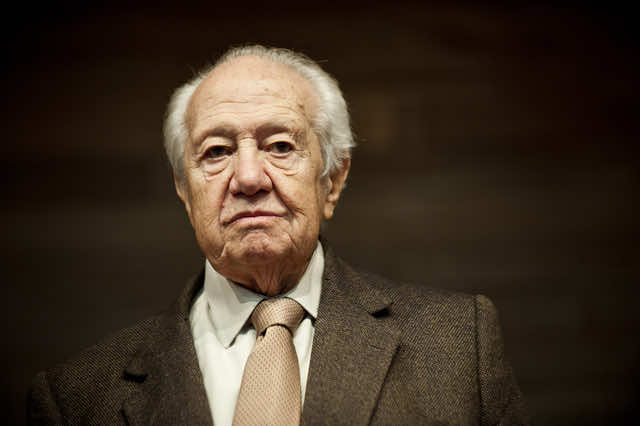 A ceremony was organized at the Faculty of Letters and Human Sciences of El Jadida (Center for Doctoral Studies) on Monday and presided by the President of the university. Guests included the Ambassador of Portugal to Morocco, the Governor of the province of El Jadida, the Secretary General of the province and the Director of the Francophone University Association’s Maghreb Office.

The audience, composed of the Vice Presidents, and Presidents of the university, teachers, researchers, representatives of administrative services, journalists and students, enjoyed a movie summarizing this great personality’s brilliant career at the beginning of the event.

Due to his declining health, Mr. Soares wasn’t able to attend the ceremony. The Ambassador of Portugal to Morocco gave a speech on his behalf, thanking the President of the Choiab Doukkali University and the school personnel. He expressed the former Portuguese President’s gratitude and honor to have the privilege of receiving this Honorary Doctorate from a university with “such an international reputation.” Mr. Soares noted that the institution is characterized by the preservation of Moroccan-Portuguese heritage and put the emphasis on the positive relationship between both countries.

The President of the University then took the floor to enumerate Mario Saores’ achievements, which led to this award. A great personality of the twentieth century, he played a determining role in the modernization of Portugal and the decolonization of African territories. The President of the University was keen to highlight Mr. Soares’ will to improve relations between Morocco and Portugal.

The Director of the AUF’s Maghreb Office Christine Robela Cordeiro spoke to demonstrate Mr. Soares’ contribution at the academic, cultural and political level. At the end of the ceremony, a diploma was given to the Ambassador to be handed over to Mr. Soares.

The degree is often conferred as a way of honoring a distinguished visitor’s contributions to a specific field or to society in general.