Bordeaux - 26 -year old Ala Alsallal from Jordan has a big dream: seeing his online book retailer, Jamalon, beat giant website Amazon in the Arab world. And it's working. 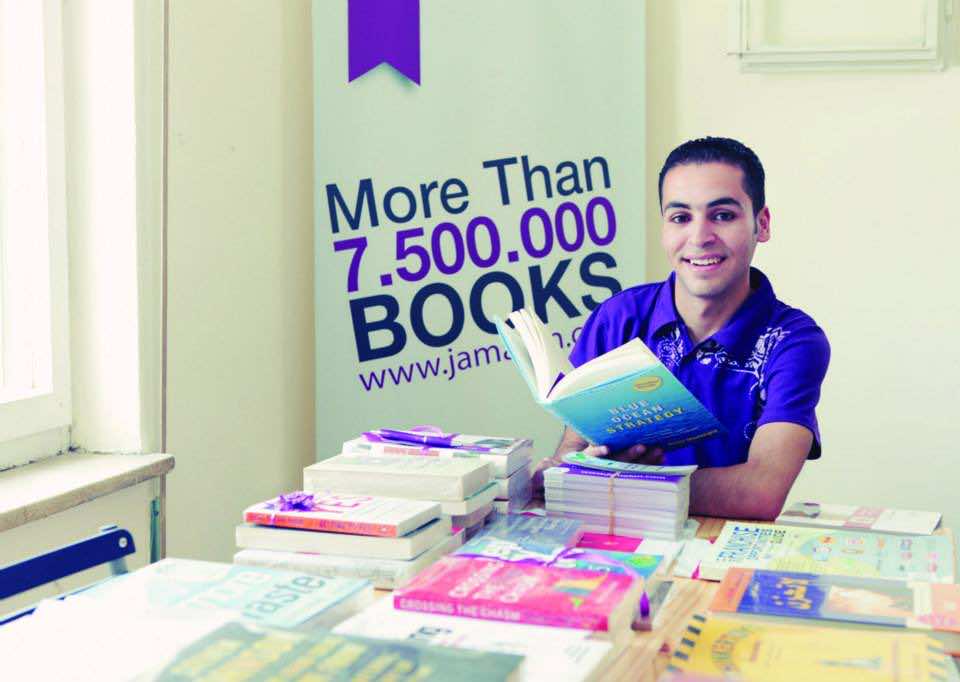 By
Larbi Arbaoui
-
Larbi is a freelance writer and assistant editor at Morocco World News.
Oct 29, 2013
Spread the love

Amazon is losing ground in the Middle East. The giant does sell English books in the region on its website, but deliveries can take up to four weeks. While it also provides Arabic titles, the selection is severely limited.

In 2007, Alsallal, a Harry Potter fan, was a student in Jordan. Being frustrated with the long delay in official Arabic translations of the novels, he gathered a group of friends and voluntarily translated Harry Potter and the Deathly Hallows, the final book in the wildly popular series.

His version was uploaded online and downloaded more than a million times. Ala Alsallal saw an opportunity and launched his own online book retailer in 2010, Jamalon, which delivers in partnership with Aramex, a Middle East-based global transportation and logistics services company. Together, they manage to bring books to their customers in as little as three days.

Jamalon has another advantage: it offers cash-on-delivery options, therefore providing an alternative to slow credit card penetration in the region. According to Alsallal, about 85% of Jamalon’s customers use COD services.

An estimated 5,000 Arabic publishers can’t solidify deals with the Amazon in order to distribute their books. Alsallal has identified more than 200 publishers in Jordan alone and Lebanon could have 1,000. They are all potential partners for the growing firm.

Jamalon’s founder started from the bottom. He founded the company with $12,000 in seed capital and his first “employees” were his mother, brothers and sisters. “Once we launched, we started receiving orders and delivering them ourselves. At one stage, our marketing manager was 12 years old,” he recalls.

“But we started marketing through social media and at special events as volunteers. We started advertising on Google and Facebook and reaching out to book clubs and book fairs.”

Jamalon, meaning “the top of the pyramid”, quickly reached the top of the market and became the Middle East’s largest online book retailer in less than 3 years. It now offers more than 9.3 million titles and is the largest provider of Arabic-language books, with 150,000 titles. In comparison, Amazon only has a couple of hundreds.

Another opportunity for Jamalon is to be seen in e-books. Indeed, Amazon’s Kindle was widely criticized for not being able to display Arabic text. In February, Alsallal posted on Twitter that e-books will be offered soon. Even though the launch date has yet to be determined, it is clearly a gold mine for the growing firm.

Jamalon currently has 400,000 unique page views a month and in addition to its headquarters in Amman, Jordan, it has opened offices in London, New York, Beirut, and Dubai. Jamalon employs 18 full-time staff and is hiring.