Sidi Ifni - The Rabat-based National Council for Human Rights (CNDH) took the initiative to host the World Memory Film Project, which aims at documenting the genocides suffered by the populations of the world. 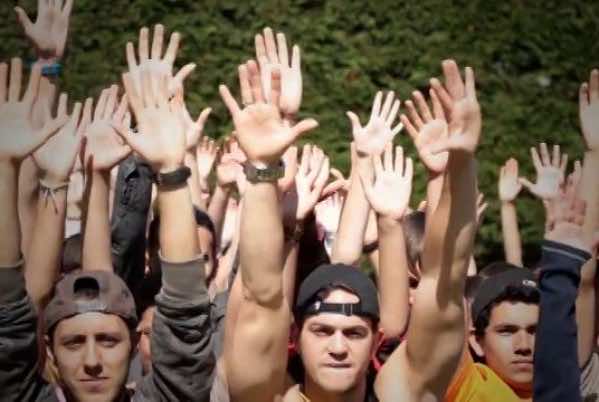 Sidi Ifni – The Rabat-based National Council for Human Rights (CNDH) took the initiative to host the World Memory Film Project, which aims at documenting the genocides suffered by the populations of the world.

Founded by the World Memory Film NGO in Estonia, hundreds of young people, along with the film producer, aim to realize this dream and benefit mankind.

During a press conference in Rabat last Friday, Dr Abdulaziz Othman Altwaijri, the Director General of the Islamic Educational, Scientific and Cultural Organization (ISESCO), officially announced the launch of the project.

Young people from all over the world are invited and encouraged to voice their opinions, make their points, and express their attitudes towards the atrocities committed by the world’s tyrants.

In partnership with international partners and the Secretary General of the United Nations, people behind the project are determined to involve and engage everyone interested in documenting and alleviating the predicament of the oppressed in this humanity-oriented adventure.

Bearing “Exit Genocide” as a title, the project also seeks to warn against future mass killings of people and takes the strictest measures to prevent animosity and atrocious crimes against humanity.

Among the massacres the projects intends to expose to the world are the sufferings of Myanmar’s Muslims and the predicament of the Syrians who are currently being killed, impoverished and ill-treated by the Syrian regime.

“ISESCO’s involvement in this cultural project translates its keen interest in promoting peace and mutual respect among peoples and unveiling the genocidal and xenophobic crimes suffered by many peoples in the Muslim world,” ISESCO director noted during the press conference.

“Morocco’s late King Mohammed V ensured protection and care for the Jewish community during their persecution by the Nazis in Europe,” he underscored.

Supported and hailed by the United Nations, the World Memory Film has also been warmly welcomed and appreciated by a large number of human rights associations, distinguished lawyers, peace activists, international artists, film producers, and many other Justice decision-makers.