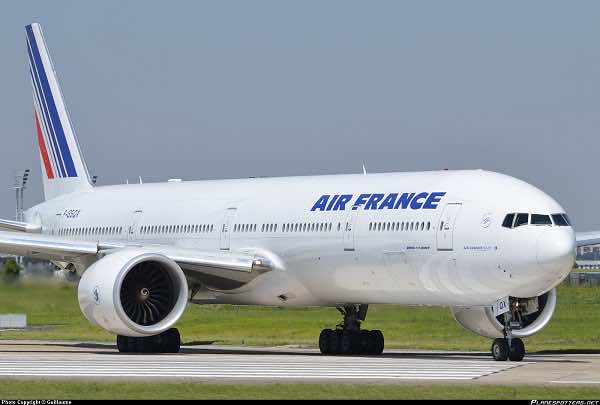 Rabat- The French carrier Air France chose Morocco to celebrate its 80th anniversary. To commemorate the event, a Paris-Casablanca flight was organized Monday at the Mohammed V international airport in Casablanca.

Air France was established on 7 October 1933 from a merger of other airline companies. Its first flight took off from Marseille in southern France and landed in Tangier, Rabat and finally Casablanca.

The flight that was organized on the occasion carried a number of the company’s high-ranking officials, including its president and general director Frédéric Garey.

On their arrival at Mohammed V airport,  they were welcomed by Aziz Rabbah, Transport and Logistics minister, Dalil Guendouz, general director of the National Office of Airports, Tourism ministry representatives and members of the French consulate in Casablanca.

“The company’s choice of Morocco reflects the deep and strong ties between Morocco and France”, says Aziz Rabbah.

“The company’s board made this decision based on the fact that Morocco is a strategic partner of France and of the company”, he added.

Air France president expressed his admiration towards the booming airline industry in Morocco and how it succeed in attracting several giants of the industry to invest in building airplanes and the related industries.