Washington — US lawmakers Tuesday urged the White House to lift its suspension of military aid to Egypt, warning freezing funds and weapons deliveries might unravel decades of cooperation with a key regional ally. 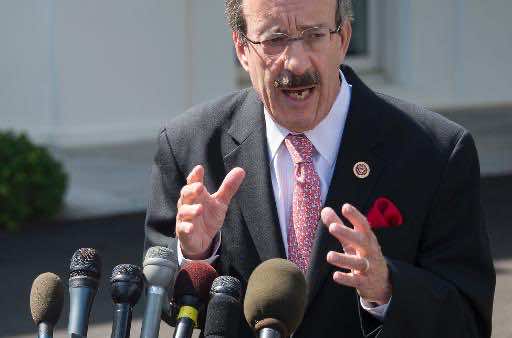 Washington — US lawmakers Tuesday urged the White House to lift its suspension of military aid to Egypt, warning freezing funds and weapons deliveries might unravel decades of cooperation with a key regional ally.

Democratic Representative Eliot Engel, ranking member of the House foreign affairs committee, said he had initially supported a temporary halt to deliveries of F-16 aircraft to the Egyptian military following its ouster of president Mohamed Morsi in July.

“But today I do not believe that suspending the military aid will make the Egyptian government more democratic or make it easier for the United States to influence its behavior in the future,” he told the committee.

“In fact, I think it’s more than likely to have the opposite effect. And I’m afraid it could jeopardize the close US-Egypt military cooperation that we’ve worked so hard to build over the last several decades.”

The United States earlier this month said it was recalibrating its $1.5 billion a year in annual aid to Cairo including 1.3 billion in military aid after the bloody repression of Morsi supporters since his ouster.

More than 1,000 people — mainly Morsi supporters — have been killed since July 3 — and authorities have rounded up some 2,000 Islamists, including most of the Muslim Brotherhood’s leadership.

Engel condemned the violence and agreed that “it’s clear that the Egyptian military has made some serious mistakes in managing the ongoing transition.”

“I would just urge the administration to reconsider its decision to withhold the sale of weapons systems that are going to be increasingly important to Egypt’s ability to confront terrorist organizations,” he said.

Republican Dana Rohrabacher went further, accusing the Obama administration of abandoning interim military chief Abdel Fattah al-Sisi despite being “grateful to him for stepping in to prevent this radical Islamic shift that would have destabilized the region.”

“We’re hanging General al-Sisi and the people that we’re applauding for defeating radical Islam in Egypt, we’re leaving them hanging out to dry,” Rohrabacher charged.

But Acting Assistant Secretary for the region, Beth Jones, told lawmakers that the US was continuing to supply spare parts so the Egyptian military could continue to operate its already formidable arsenal.

“This recalibration reflects our effort to advance US core interests in Egypt and the region while impressing upon the Egyptian leadership the importance of making progress toward a democratic transition,” Jones insisted.

The administration’s decisions would be reviewed, she assured, based on “credible progress on the interim government’s political roadmap toward a sustainable, inclusive and peaceful transition to democracy.”

Derek Challot, assistant defense secretary for international security affairs, stressed assistance for security in the Sinai as well as counter-terrorism efforts would continue.

But he hinted that while delivery of large systems could be resumed, the nature of US aid might change as it works with Egypt “to determine whether to sustain certain legacy systems that might otherwise be retired.”

“We want to continue a strong military-to-military relationship that preserves our strategic interests. And we want Egypt to develop a military that is prepared to meet the threats of the 21st century,” Challot said.

He insisted that the systems withheld from the Egyptian military were “not affecting their operational effectiveness in the Sinai at all.”