CAIRO - A car bomb intended for Egyptian troops in the Sinai exploded on Wednesday without causing any injuries, security officials said. 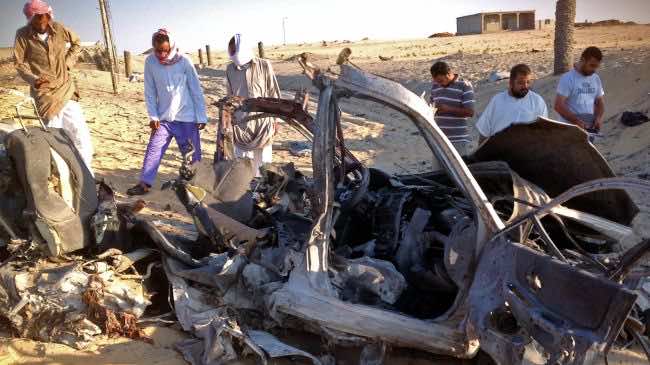 CAIRO – A car bomb intended for Egyptian troops in the Sinai exploded on Wednesday without causing any injuries, security officials said.

The bomb near the north Sinai town of Sheikh Zuwayid was discovered before the planned attack.

It blew up as a bomb squad team approached the car, but did not cause any injuries, the sources said.

The sources said the military was tipped off to the bomb by a militant arrested after trading gunfire with soldiers earlier in the day.

The military has sent armour and helicopters in the desert and mountains north of the peninsula to crush a militant insurgency since the army overthrew president Mohamed Morsi in July.

Some of the militants belong to Al-Qaeda inspired groups that have carried out suicide bombings and attempted to attack a ship passing through the Suez Canal.