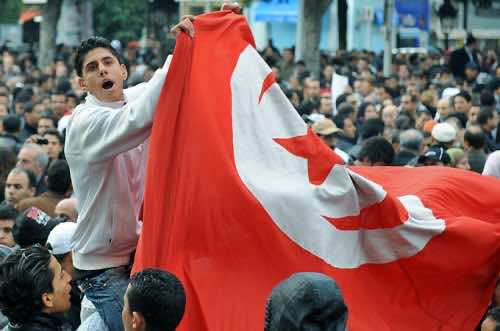 “The interior ministry’s special forces have arrested five terrorists with direct links to the assailants who tried to carry out simultaneous terrorist attacks in Sousse and Monastir,” a statement said.

Ministry spokesman Mohamed Ali Laroui said those behind the attacks belonged to Ansar al-Sharia, Tunisia’s main Salafist movement, which the authorities have designated a “terrorist organisation” with ties to Al-Qaeda.

He did not specify whether the 18-year-old man detained on Wednesday morning as he was trying to carry out a suicide attack at the tomb of former president Habib Bourguiba in Monastir was among the five arrested.

Police also seized “a large quantity of explosives” in a clifftop house near the marina in the resort town, according to local radio station Shems FM.

And police were sweeping the area looking for an accomplice to the would-be bomber.

In addition to the thwarted attack in Monastir, a suspected jihadist blew himself up on a beach in Sousse after guards chased him from a hotel when he tried to enter through a back door.