WASHINGTON - The NSA does this through a project called MUSCULAR, which it operates with the agency's British counterpart, GCHQ. 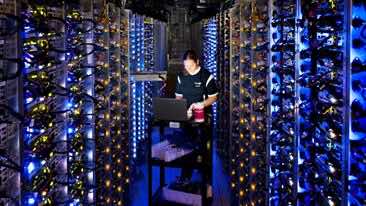 WASHINGTON – The NSA does this through a project called MUSCULAR, which it operates with the agency’s British counterpart, GCHQ.

NSA’s acquisitions directorate sends millions of records every day from Yahoo and Google internal networks to data warehouses at the agency’s Fort Meade headquarters, according to a top secret accounting dated Jan. 9, 2013.

The NSA does this through a project called MUSCULAR, which it operates with the agency’s British counterpart, GCHQ.

In a statement, Google said it was “troubled by allegations of the government intercepting traffic between our data centers, and we are not aware of this activity.”

“We have strict controls in place to protect the security of our data centers, and we have not given access to our data centers to the NSA or to any other government agency,” the company said.