RABAT - Morocco on Wednesday recalled its ambassador to Algeria over President Abdelaziz Bouteflika's "aggressive" and "deliberately provocative" comments about the Western Sahara, the foreign ministry said. 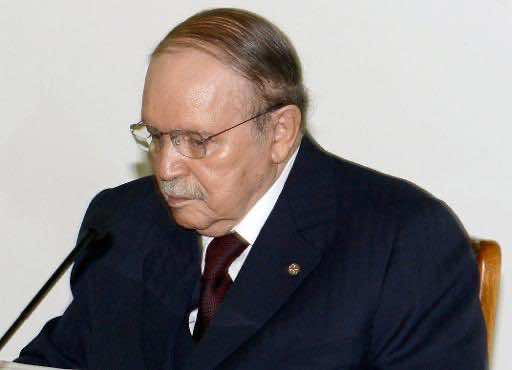 RABAT – Morocco on Wednesday recalled its ambassador to Algeria over President Abdelaziz Bouteflika’s “aggressive” and “deliberately provocative” comments about the Western Sahara, the foreign ministry said.

The diplomatic spat follows the latest barbed exchange between the North African neighbours whose decades-old rivalry centres on the disputed territory, annexed by Morocco in 1975 in a move never recognised by the international community.

The foreign ministry in Rabat said the decision to recall the ambassador followed “a growing number of provocative and hostile acts by Algeria towards the kingdom,” notably regarding “regional differences over the Moroccan Sahara.”

It highlighted a speech by Boutelifka at a meeting in Abuja on Monday in which the Algerian president said an international mechanism to monitor human rights in Western Sahara was needed “more than ever.”

In his speech, Bouteflika referred to “massive and systematic human rights violations that take place inside the occupied territories to suppress the peaceful struggle” of the Sahrawi people for freedom of expression and association.

The Moroccan foreign ministry criticised “the deliberately provocative content and the inherently aggressive terms of this message coming, furthermore, from the highest authority in the country.”

Morocco’s move comes as a report is due to be presented to the UN Security Council by special envoy Christopher Ross, who visited the region this month in a new bid to push for a peaceful resolution to the frozen conflict.

Rabat has proposed broad autonomy for the phosphate-rich territory under its sovereignty.

But this is rejected by the pro-independence Polisario Front, who are based in the western Algerian city of Tindouf and fought Moroccan troops for a decade and half until the United Nations negotiated a ceasefire in 1991.

After Bouteflika’s speech on Monday, Morocco’s official MAP news agency accused Algiers of seeking to further “its hegemonic designs in the region”.

It also charged that Algeria was trying “to distract attention from the serious rights abuses which take place daily on its territory.”

At the weekend, Morocco’s nationalist Istiqlal party, which withdrew from the coalition government earlier this year, called on the authorities “to recover territory in the southeast that Algeria took by force and which notably includes Tindouf”.

He criticised as “totally unacceptable and irresponsible” the statement by a leader of a Moroccan political party, and urged Rabat to show restraint.

The Algerian president’s call for a mechanism to protect Sahrawi rights follows a US proposal in April, angrily rejected by Morocco and later dropped, to task the UN peacekeeping force in the Western Sahara with a human rights monitoring mandate.

In the ambassador’s absence, the Moroccan embassy in Algiers will continue to function but under the authority of the charge d’affaires, the foreign ministry said.