Rome — Italian police have dismantled an international ring of ex-special forces accused of plotting to kidnap children caught up in custody battles, using high-speed boats and a base in Sicily to smuggle their charges across Europe. 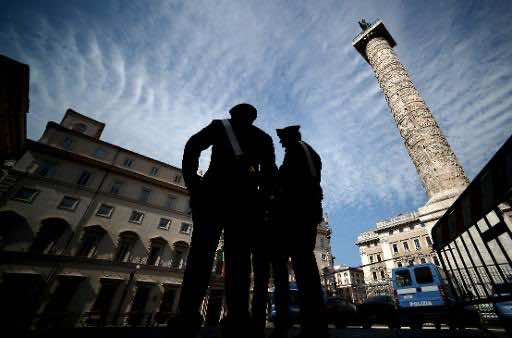 Rome — Italian police have dismantled an international ring of ex-special forces accused of plotting to kidnap children caught up in custody battles, using high-speed boats and a base in Sicily to smuggle their charges across Europe.

Investigators discovered “contractors, for the most part veterans of special corps from the armed forces, ready to offer their operational skills to whoever was willing to pay them handsomely enough,” police said in a statement Thursday.

The contractors, operating behind the Norwegian security service ABP World Group, “offered services including the ‘retrieval’ of children caught up in custody battles between parents of different nationalities.”

Armed with Russian weapons, pepper sprays and tasers, the group charged “tens of thousands of euros” (dollars) to kidnap children given in custody to one parent in order to reunite them with their other parent, “putting the child’s life at risk,” the statement said.

The first operation took place in October 2012 when the group kidnapped a child in Tunisia and smuggled him into Norway, via Palermo in Sicily.

The second operation, planned for November 2012, was interrupted when police arrested the kidnappers and uncovered the plot to abduct another child from Tunisia by boat, because a plan to swoop in and carry him off by helicopter had fallen through.

The gang had four other operations planned in Cyprus, Lebanon, Egypt and the Ukraine.

Police in Palermo arrested three Italians and a Ukrainian woman, Moskalenko Larysa, a former Olympic medal winner sailing champion charged with providing the boats for use by the kidnappers.

Arrest warrants were also issued for two Norwegians and a Swede who is being held in Tunisia since his arrest last November, the statement said.