Agadir - Amina Balafrej, professor of medicine and Pediatric Diabetes chief of staff of Rabat's Children's hospital, is in a profound coma, under intensive surveillance, since August 31st, 2013. 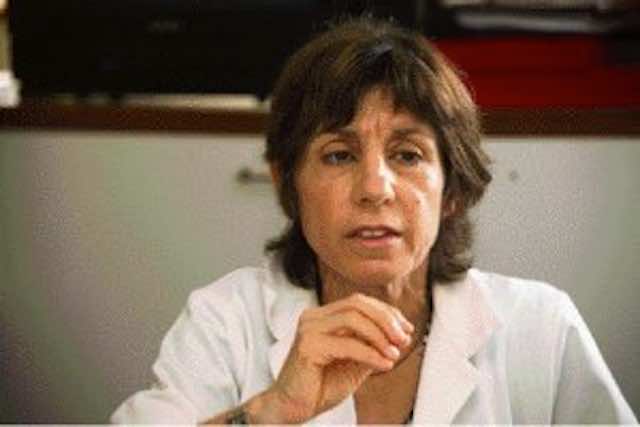 Agadir – Amina Balafrej, professor of medicine and Pediatric Diabetes chief of staff of Rabat’s Children’s hospital, is in a profound coma, under intensive surveillance, since August 31st, 2013.

She was struck by a reckless driver who broke the 60km/hr speed limit by much, he is still at large, and no investigation was launched.

Amina is a famous woman in Morocco, particularly in the medical field, as she is the founder of a pediatric diabetes service that receives over 130 new diabetic children every year. Taking them in charge by providing three key ingredients: standardization with elaboration of protocols, organized therapeutic education and material aid provided to the most financially restricted patients’ families.

Dr. Balafrej’s family have posted a message, inviting any person having been present at the accident site to send an email to [email protected], since no investigation was launched, her undignified daughter, Dr. Sara’s desperately calls for any help.

Her daughter, also a professor of medicine, had launched a petition collecting 14,000 signatures demanding an investigation, as she writes that the agressor in question had been -taken in charge- while her mother had been abandoned on the sidewalk, before she was taken to the emergency and registered under “X”, without any decent care for hours.

Sara explained that her mother’s ID cards were not examined, although present in her handbag, her cellphone was switched off, and her family had remained uninformed.

Consequently, her family had not been able to reach her for five precious hours, during which they could have spared her from the profound coma she is presently in.

“My mother sacrified her life for her country, to gratuitously treat thousands of children of modest families. She created the first service of Pediatric Diabetes in the country. While the offender is free, no judge was assigned to the case. We had to fight for weeks to get the list of names of people involved, in vain” added Sara.

Shortly before the accident, the victim had been preparing for the July 2014 opening of an ambulatory follow-up center which would group all necessary services for diabetic children, including consultations, psychology, dietetics, day hospital, etc.

Whether the victim of such a crime is a doctor who has given a lot to humanity or just a man working a regular 9-5 job to provide for himself and his family, it is always heart-wrenching to hear of such stories, and to witness the escalating staggering rates of hit and runs, and crimes in Morocco.

Our prayers go out for Dr. Amina Balafrej, her family, and for all those who have been victims of any abuse, and are desperately seeking justice.