TRIPOLI - Libya's National Oil Corp announced that production at its Al-Harriga oil terminal, halted for several months by protests, is expected to resume on Monday at the latest. 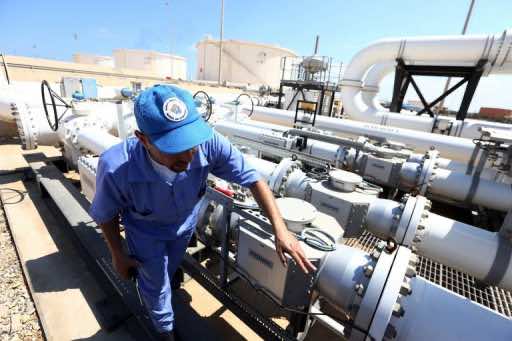 TRIPOLI – Libya’s National Oil Corp announced that production at its Al-Harriga oil terminal, halted for several months by protests, is expected to resume on Monday at the latest.

“Given improved conditions permitting a resumption  of production and loading (of crude), the NOC announces the lifting… of the force majeure at its Al-Harriga oil terminal,” the company’s website said on Thursday.

Al-Harriga, which has a capacity of 110,000 barrels a day, has been closed along with several other terminals by protesters demanding jobs and a more equitable distribution of oil revenues.

Libyan Prime Minister Ali Zeidan announced on Wednesday that the terminal would be reopened after an understanding had been reached through local authorities and notables.

He said technical considerations would delay the reopening until Sunday, or Monday at the latest.

Libyan crude production has been disrupted for several months due to the labour unrest forced, and crude output slashed to as little as 300,000 barrels per day from 1.5 million- 1.6 million bpd before the showdown began.

Production had increased in recent weeks, but an uptick in protests has raised concerns about exports from the country amid near-daily attacks and bombings.