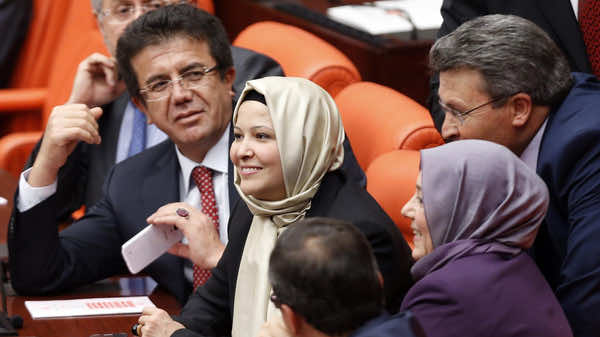 In 1999, Turkish American lawmaker Merve Kavakci arrived in parliament wearing a headscarf for her swearing-in ceremony. She was booed out of the house and then had her Turkish citizenship revoked.

Turkey’s ruling Justice and Development Party (AKP) lifted on September 30 a decades-old ban on headscarves in the civil service as part of a package of reforms meant to improve democracy and freedoms.

The headscarf is a sensitive symbol in Turkey as it is viewed by secularists a sign of political Islam in stark contrast to the republic’s secular traditions.