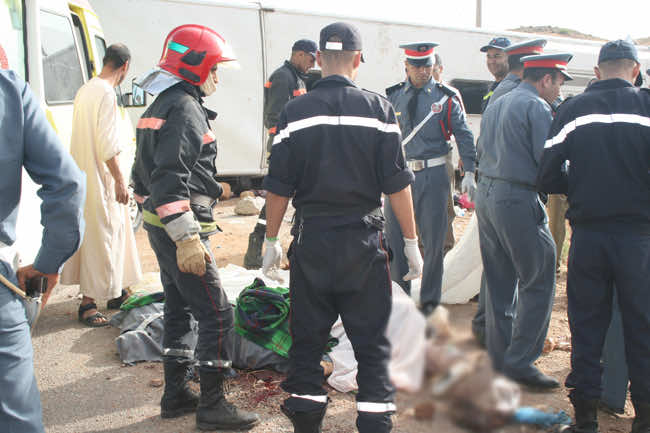 By
youssef sourgo
-
Youssef Sourgo is currently a Master’s student in Linguistic and Literary studies at Ain Chok Faculty of Letters and Humanities.
Nov 1, 2013
Spread the love

Casablanca- Moroccan roads continue to feed on the souls of its citizens. On Wednesday, a bus overturned brusquely in Tmanar commune, 84klm away from Essaouira, leaving 12 dead and 30 wounded.

According to the provincial delegate of the Ministry of Health, Abdelmoula Boulamizat, nine people died on the scene of the accident, while three others deceased during their transfer to Ben Abdellah Sidi Mohammed provincial hospital in Essaouira.

The hospital received 30 wounded casualties, including 13 in a serious condition. Two other victims were transferred to the University Hospital of Marrakech.

According to local authorities, the driver lost control of the bus heading from Essaouira to Agadir, and overturned at a sharp curve 84klm away from Essauira.

Morocco occupies the first rank in the Arab world, and 6th rank worldwide in terms of road accidents.