Smara, Morocco - The Algerian government is showing its teeth again at Morocco, reminding us all that they will never be friends, good neighbors or brothers. The leaders of the Algerian regime are full of revenge, hatred and enmity towards Morocco as a country and as a people. 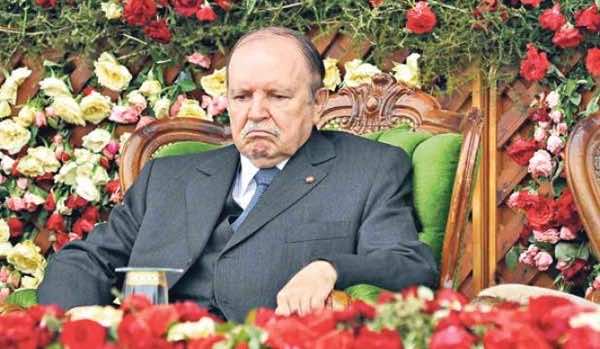 By
rachid khouya
-
Rachid Khouya is a teacher of English in Es Smara city, south of Morocco.
Nov 1, 2013
Spread the love

Smara, Morocco – The Algerian government is showing its teeth again at Morocco, reminding us all that they will never be friends, good neighbors or brothers. The leaders of the Algerian regime are full of revenge, hatred and enmity towards Morocco as a country and as a people.

The Algerians always say what they think and believe and they have always helped the Polisario since its creation and provided them with the logistic needs, weapons and advice to kill our soldiers and to divide our map,our families, regions and tribes.

They declare their intentions and politics in private and public and they consider their standing beside the front of the Polisario as a question of principles, belief, being and death. This is clear for our people and for our politicians.

In my opinion, the problem is not in Algeria but rather in Moroccan. Leaders in Rabat try to show their brotherhood and trust in a snake that has one idea in its mind: to kill you. Algerians want to see Morocco divided and in a state of bloodshed and violence.

They want the fall of the regime in Morocco and they want to create a new republic in the south of Morocco to have access to the ocean and the natural wealth of the region. Thus, Algeria would be the United States of Africa. They dream of becoming  be the real leaders of this part of Africa.

Let’s not hide the truth, we all know this and Algeria knows this too. They declare it and say it whenever they have the occasion. But why should we act as friends and brothers and good neighbors when they work hard to set fire to our national tent and create civil war inside our country?

People in the Sahara understand this Algerian tactic. They know that if they gain independence, they will be controlled by the Algerian regime and be slaves in the gang of the Polisario.

The people of the Sahara realize that the Algerians and the Polisario will enslave them and imprison them. They are going to marginalize the Saharawi who have chosen to live in their country and to participate in the development of their homeland.

Moreover, they will never accept or let another defeat take place as far as the Sahara conflict is concerned. This conflict, in its origin and in its truth, is nothing but an attempt from the Algerian military generals to defeat Morocco and take revenge.

That’s why we should strengthen our national front, take care of the social and political conditions of Moroccans, especially the people in the Sahara, integrate those who returned from the camps of the Polisario, and educate the people on citizenship and the love of their country.

The Algerians are preparing themselves to defeat us. They are helping the separatists to divide us as a step on the way of controlling us. They are doing all their best to weaken us and to see us killing each other and decimating one another.

So why should  be hypocrite in our political discourse and in our declarations. What friendship and what brotherhood and what peace are we talking about?. Let’s not forget that the best way to peace is to get ready for war.